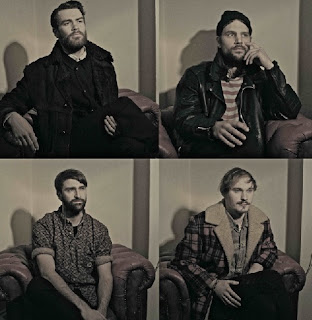 Yesterday Generator North East tweeted some sound bites from the Chase Park Festival Artist Masterclass that caught our eye. “Blogs took the power away from traditional press, but many post too quickly to get more hits. Find bloggers whose taste you trust,” was one in particular that got us thinking.

We believe that’s a reasonably valid point. But what is posting too quickly? 1 listen to a song? 10 listens? 100? Breaking More Waves is not a blog that particularly posts that quickly, although there have been a number of times when we’ve been ‘the first to post.’  For example later today on the Guardian’s New Band of the Day, journalist Paul Lester will feature the synth pop goodness of Pawws. She’s an artist that has recently been squirreling her way up the Hype Machine charts. Yet we originally featured her last October, before the blog buzz started this year. When we first came across Pawws it took just one listen for us to absolutely know that we were going to post about her. Sometimes love hits you instantly. So we’re not sure if posting quickly is a bad thing – sometimes you just know intuitively that a song is great. Or our inflated ego likes to think we do anyway.

Today we’re introducing a band that has been on our radar for a matter of days. Like Pawws the first time we pressed play we knew their sound was good. Nothing over the time period that followed has changed that viewpoint.

So let’s welcome Die Mason Die (a terrible name we admit, it sounds like a metal band), a group who were pitched to us as folk, but we’d say that’s not really the case with their new single. For on current release You’re Lonely Die Mason Die compress the likes of ethereal ambience, stadium rock and ghostly folk into something that is serenely beautiful and epic. Imagine The National produced by James Blake or Coldplay doing tranquilisers. Or just imagine good music.

Die Mason Die centres around the Welsh born, Australian raised Samuel Mason who now lives in London. The band also consists of Stefan Ferguson (guitar and vox), George Cramer (bass) and Dave Wade Brown (drums). They released the Tongues In The Clamp EP last year and You’re Lonely will be the follow up released on the 9th September through Young & Lost Club who have previously released the likes of early singles by Everything Everything, Fear Of Flying (who went on to be White Lies) and Bastille.


Take a listen, take 10 even take 100, but however many you take we hope you come to the same conclusion we did on our first listen; that this is wonderful.

That's why I keep returning here.

Keep up the good work!

No one is going to have exactly the same taste but we hope that someone out there does find some synergy.