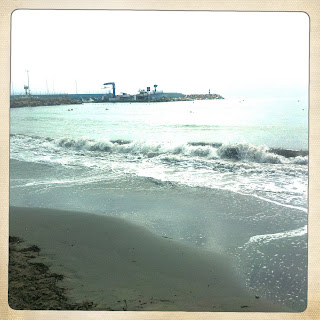 That’s it, summers over. If you live in the top part of the northern hemisphere prepare for 6 or 7 months of grim weather, seasonal affective disorder and nothing to look forward to except having no money after Christmas.

Of course something you can look forward to is opening your email browser or in box each day to get the latest post on Breaking More Waves. We’re beginning to ramp things up again following a quiet few weeks in late August and September whilst we took a holiday and then partied our way across two of the UK’s best music festivals – End of the Road and Bestival.

The few weeks off have also given us the chance to review the blog and what we’re doing with it and we’ve come to the conclusion that for the moment we’re quite happy with the way it is. At the start of 2011 we dropped live reviews, album reviews and interviews and focussed purely on new music, new artists with the occasional discursive blog and our school report style festival reviews. Also on Mondays we dipped into nostalgia with Music That Made Me highlighting some of the songs that have influenced our tastes over the years. So now we continue with more of the same, with Saturdays wrapping up a few tracks that we haven’t had the chance to post about properly during the week in this feature called The Saturday Surf.

So without further ado, whatever season it is, get your swimming costume on or if you've forgotten it just throw off your clothes, let’s go surfing.

Jamie N Commons – Now Is Not The Time

Cast your mind back to March and you may remember that we featured the smoky voiced troubadour Jamie N Commons in a new waves feature. Since then things have been very quiet in terms of new music, but recently this new song Now Is Not The Time has popped up on a couple of blogs and Commons is gearing himself up for an EP release on October 17 through Luv Luv Luv.

Now Is Not The Time by Jamie N Commons

At the other end of the musical spectrum from Jamie N Commons we find Welsh electronic dance pop demons Friends Electric, who are putting out this single Puzzle Pieces the week after Commons EP. It’s trademark Friends Electric, that is to say its sky searching danceable electro-pop that’s on a mission to get your hands up high and your hips doing air sex.

Talking of air sex, here’s another one to get you pumping and grinding. Visions of Trees started out as a vaguely ethereal, floaty, bubbling rhythmic duo whose songs owed more to the likes of ambient pioneers such as System 7 and The Orb than the psych r ‘n’ b that their Myspace claimed. Now however that claim appears justified as their newer material, including this single, bring the thrust to gothic electronica. Imagine Bela Lugosi jigging to a hard climax and this is pretty much what Sirens does.

Finally here’s a band that we’ve not featured on the blog before, yet coverage is long overdue. Big Deal are Alice Costelloe and KC Underwood and purvey a fine line of fuzzy, driven but beatless pop. Their album Lights Out which is available to purchase now is full of songs like Chair, their new single, with its twinned boy-girl vocals and openly raw guitar work. It’s a good way to sign off summer.