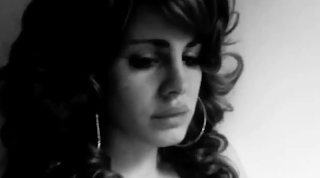 Talking about the forthcoming Radiohead remix album Thom Yorke suggested that the culture of remixing was healthy for the music of his group. “I think it appeals to us a band at the moment that ideas and versions are not so fixed and set in stone.” Yorke is alluding to the idea that creation of music can be a fluid and on-going experience, not one where there is a set ending to every project.

The remix serves many functions. At its worse it can be a low-level attempt to get more exposure for a song. Spend 10 minutes chopping up a song a little, add a few new beats and samples, kick it out to a bunch of bloggers and DJ’s and someone will play it or feature it, particularly if the artist being remixed is already well known – fans will be desperate to hear any new material, never mind the quality. Let’s face it Thom Yorke could sample himself farting into a microphone, add it to one of his songs and fans would buy it.

From a more positive perspective a remix can also be a way of getting a new band or artists name into the public realm. Give a new act a well-known artists track to remix, let them stamp their mark and personality on the remix and listeners who may not have given them the time of day before may take notice because of the associations of the well-known name. It’s fair to say that on numerous occasions we’ve gone scurrying off to investigate a new remix artist who has followed this route.

However at its best the remix can be great art on its own. Set aside the idea that once a song is complete and recorded it shouldn’t be tampered with. Sometimes a remix can either add or create something extraordinary from the original work. The best remixes take on lives of their own. Look at the way Skream’s version of In For The Kill took the La Roux track somewhere else completely. Andrew Weatherall’s remix of the Primal Scream song I'm Losing More Than I'll Ever Have eventually became the classic Loaded – a song infinitely better than the original.

At Breaking More Waves we don’t post a huge number of remixes. The reason is because the vast majority don’t meet our basic criteria for posting on the blog; is it good? We would never post a remix just because we’d been offered it as an exclusive by a PR company or a band, or it was guaranteed to draw in a number of hits, even if it was Radiohead, unless it ticked our personal quality box. However, today we’re agreeing with Mr Yorke as we’ve been listening to two glorious remixes , one which we’re posting now, the other tomorrow morning.

Video Games by Lana Del Rey could easily be one of those untouchable songs, but White Lies have ripped it apart and created something radically different that harks back to the days of New Order’s Blue Monday in the church of rave. Yes! It streams below.