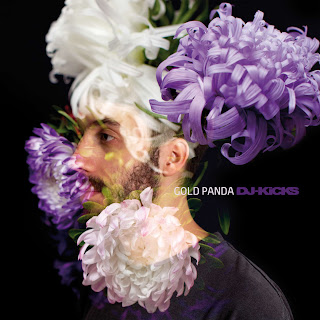 It’s been a while since we’ve heard from the 2010 Guardian First Album Award winner Gold Panda but yesterday a new track - An Iceberg Hurled Northward Through Clouds – emerged and clocked up virtually 8000 plays on his Soundcloud player before the day was out. This shows how far Gold Panda has come since we first caught him live in a half empty Brighton pub a couple of years back.

An Iceberg Hurled Northward Through Clouds opens the latest of the DJ Kicks albums, a legendary series, which this time finds Gold Panda himself at the controls. Full of gentle clicks and twinkling bell sounds this is ambient, soothing but still with enough pulse to get the head nodding and the body grooving. This is a blissful way to start your day - we could play this on repeat over and over.

You can never have enough bells in pop music. Fact: 80’s synth pop star Howard Jones debut LP had a bell of some sort on every track on the album. The Cure's greatest album Disintegration also opened with the sound of bells chiming. Maybe this is where Viva Brother went wrong - not enough bells - take note potential music artists of the future.

An Iceberg Hurled Northward Through Clouds by Gold Panda