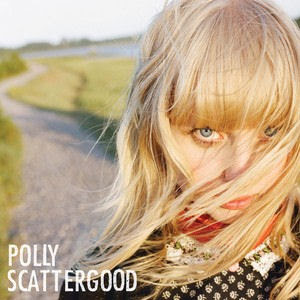 Polly Scattergood has released an adventurous debut - an uneasy leftfield pop album. It will be loved and hated in equal amounts. Much of this is due to Polly’s Plath / Wurtzel styled lyrics, and her girlish close to the microphone theatrical childlike vocal which the listener will find either exceptionally irritating or mysteriously magical. Musically it is characterised by a backdrop of disturbing soundscape sparseness that gives space for the singers angst ridden and vulnerable melodies to shine.

Opening song I Hate The Way tiptoes into focus with dark edgy electronica before guitars and drums explode in a wrathful crescendo and Polly whispers sadly “Do do do do my doctor said I’ve got to sing a happy tune.” The piece then dissolves into ghostly middle of the night noises and beats with Polly sweetly croaking about wanting to be loved, anorexia and paranoia. It's seven minutes long and sounds like a bleak frightening modern day Tori Amos or Kate Bush. Elsewhere there are hints of Sarah Nixey from Black Box Recorder when Polly delivers a spoken word introduction to Unforgiving Arms. "He's a typical writer, always in love with what is gone, and I'm a typical sinner, with a knife inside my back jean pocket." Untitled 27 is a spacey solar system of floaty voices, and tinkling pianos reminiscent of something Massive Attack may produce, whilst Please Don’t Touch is poppy and upbeat musically, despite lyrical references to broken fingers in dark parts of the room.

Much has been made of her lyrics, but they are impossible to ignore. How many of them are auto biographical and how many are simply stories is never clear, but they are far removed from the mainstream. “You can call me a fake sir, you can call me a fraud, you can spit on my French knickers, you can call me a whore,” she commands before promising the ride of your life on Bunny Club. Bizarrely the song imitates the melody of Snow Patrol’s Run with its “Roll in, roll out,” chorus. Despite this melodic similarity, these are not the words of someone aiming to reach the masses. The highlight of the album, towards the end, is Nitrogen Pink which grows from an intimate bedroom confessional to a fuzzily contorted electronic storm as Polly sings “And all the education daddy, it never paid, because the fat man he took my innocence away.” It’s intense yet impressive.

This is an album that is peculiar, dark and intimate and will appeal to those who want their pop music to be slightly more challenging than standard chart fare. Best listened to late at night, preferably with the lights turned low, it gives increased satisfaction with each listen.

She is certainly an acquired taste. I find her voice a bit annoying, but some of the instrumentation is cool