La Roux - In For The Kill 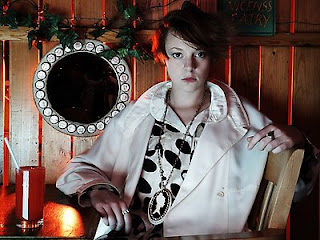 This is how quickly the UK musical climate has shifted. Eighteen months ago In For The Kill by La Roux would have been laughed at by many of the so called serious music critics who were too busy cuddling up with Joe Lean and the Jing Jang Jong, The Courteeners or whatever other turgid and banal landfill indie band they had dragged up that week.

Now it seems that the same critics love La Roux. Fickle ? Maybe. That's fashion and pop music for you. Creative people often have a desire to move onto something new. So now they love La Roux.

And rightly so. In For The Kill is the best slice of synth pop that Vince Clarke never wrote. It’s Yazoo meets early Depeche Mode with Elly Jackson’s two tiered voice, all high pitched female robot and flatly melancholic at the same time. With lyrics about fighting desires, emotions and devotions it’s synthtopia at its best and makes Breaking More Waves want to run out and hug a Korg.

Even better however is the remix of the song from Croydon dubstep producer Skream who strips the track down to just atmospheric bass heavy ambience and vocal to create something new, dark, haunting and menacing. Radically different from the original, this is how remixes should be. Do pop music a favour, buy this song off I Tunes and propel it into the charts.