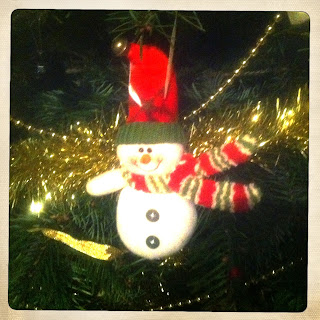 This is the final post on Breaking More Waves for 2011. It’s time to close down, get the mulled wine hot and wafting vapour through the house, put Phil Spector’s cracking A Christmas Gift for You on and forget about the world of new music for a while.

Thank you very much if you’ve visited, read what we’ve written and listened to the music that has been featured on the blog in 2011. We’ve had a great time curating and creating it. Just the other day someone said to us that “Breaking More Waves is like going down the pub for a chat and a laugh with your best music-obsessed friend,” and for us that is the biggest compliment. This blog may not be the biggest, the coolest, the classiest or even have the best ‘taste’ ( the worlds sneering self-appointed realmusic (yes it's one word now) fans must have the best taste, because according to their book My Taste Is Better Than Your Taste Because I Said So, they said so and therefore must be right). But we’re proud of what we’ve created. Our success is just finding time to post 435 times this year (that’s the equivalent of a medium sized 400 page novel) against a background of a life that primarily revolves around family, children, full time employment many miles away from music or writing and a busy and active social life.

Our next post will be on 1st January 2012 and then on the 2nd we’ll be revealing the Top 5 artists in the Blog Sound of 2012 poll. Then for the next few days after that we’ll be introducing you to a whole bunch of new bands and artists in our New Waves feature, a number of which have had little or any UK based blog coverage. As January rolls on we’ll also be getting argumentative in a new feature, one that we’ve already sneakily started (here) called In Defence Of. It will be our regular ‘down the pub having a good old debate with friends about a musical issue’ post. We might even try and defend some pretty non-defendable subjects, like why Matt Cardle deserved to win the Guardian Readers album of the year poll. (Basically in summary, he deserved to because most people voted for him and that is what a poll is about. It doesn't mean it's 'the best' album, just that more people voted. That's democracy dear Guardian, so don't get all snobbish and claim as you have that PJ Harvey was 'the moral victor' because you invented the rules for the poll and a bunch of people felt passionate enough about Cardle (or joined in the fun for other reasons) to follow those rules and make him win. There was nothing immoral about that.

Incidentally, the Breaking More Waves album of 2011 was Last by The Unthanks but no one else seems to think so according to the polls - but it's still 'the best' to us. That's taste for you Guardian, we're all different, there's no right or wrong and those who are congratulated for having excellent taste are normally only congratulated by those with similar tastes.

More of that in 2012, but for now it’s time to press pause. Have a really happy Christmas and a brilliant New Year. We’ll be back on Jan 1st, but if you really can’t wait till then why not follow us on Twitter, right here or see what we're listening to on Last Fm here?

We’ll leave you with 5 songs that we’ve featured on Breaking More Waves that you could loosely term our tracks of the year. In choosing them we have made no attempt to look back at what we have featured on the blog in case we missed something, but just chosen the songs that have stayed with us all year, and that we'll remember as being very much part of our 2011. We're not saying they're the best, just the ones that made our own personal 2011 a little special.

Rizzle Kicks – Down With The Trumpets
Our ‘told you so’ track of the year.

Down With The Trumpets by Rizzle Kicks

Nicola Roberts – Beat Of My Drum
In our game of good pop bad pop, this was very very good.

The Milk – All I Wanted Was (Danger)
“Get ready. Press play. Get your dancing shoes on. Brilliant.” That’s what we said of The Milk then. We couldn’t agree more now.

i first came across your blog through your posts about rizzle kicks and since reading it (regularly) have come across lots of acts i've never heard of - some great (in my taste) some terrible (in my taste) but i've always found it very entertaining and thought provoking to read and like the mix of mainstream and more alternative acts. i like the way you put interesting arguments and alternative points of view in some of your pieces.

never commented before and not sure if you will read this till after christmas but just wanted to say keep up the good work.

happy christmas from me

The attitudes of some is alamingly conformist. They're following the herd deperate to be seen as 'acceptable' in their tastes. They've forgotten that other peoples are just as valid.

I told someone (who incidentally doesn't read the guardian) the other day that I didn't like the new PJ Harvey record and was told "but it one of the most critically acclaimed records of the year, how can you not like it?"

That saddened me a lot.

The reason I enjoy reading your blog is that, quite often, what you are listening to is very different to what I'm listening to. This means that occasionally I will stumble upon an artist that would otherwise have passed me by. I love the fact that you have such an eclectic case and you like what you like and don't care what anyone else thinks !

Keep up the great work and have a relaxing Christmas.

Thanks for the comments guys, really appreciated and nice to see that the blog has found the sort of reader that I'm looking for ;)