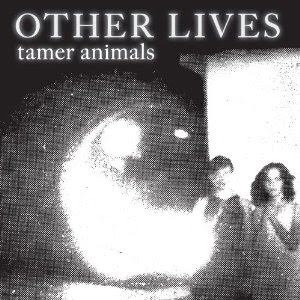 Back in April after we had first heard Tamer Animals by Other Lives we described it as ‘a flawlessly subtle piece of work that becomes even more giddying and beautiful with every listen.’ Eight months on we resolutely stand by that statement. For Tamer Animals is one of those rich, evocative records that’s so immaculately crafted that once your ears have heard it once, they’ll want to be treated to its elegance many, many times more.

To apply a genre to Tamer Animals seems unfair insofar as it puts the shackles on this cinematic, suspenseful music, but if we had to then it would probably be filed under Americana. However really it should just be stored in the box labelled good music, so intricately is it fleshed out with arousing orchestration, warm harmonies and songs that seem ready to fill skies over deserts.

Capturing elements of Fleet Foxes, The National, Midlake and taking them to the Albert Hall to kiss them with string symphonies Tamer Animals is a record that seems perfect whatever season it is or wherever you hear it. One of our favourite albums of the year, from the word go.

It seems that we’re not the only ones to find favour with the band as well, with love gradually spreading via word of mouth, leading to the band playing a sold out show at London's St. Giles Church in November and being asked to support Radiohead on their US dates next year.

Email ThisBlogThis!Share to TwitterShare to FacebookShare to Pinterest
Labels: Albums of 2011, Other Lives

This is well up there on my year's best too. More people definitely need to hear these guys.