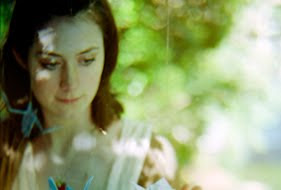 Rachel Sermanni is a charming musician who comes from a small village in the Highlands called Carrbridge. She’s already supported the likes of KT Tunstall, Roddy Woomble, Newton Faulkner, Fink, John William Grant plus Mumford & Sons and a few months back released the limited edition Bothy Sessions EP which was recorded in a green, wooden bothy with a tin roof and a wood-burning stove in the Highlands. This location seems perfect for Rachel, her songs being dreamily organic, the gradual increase in her popularity being found in a very natural way. There’s no major record label marketing strategy at work here, just a singer, some tunes, some live performances and an open ended vision of just playing music. It’s this d-i-y approach that meant that Rachel was under no pressure to make the songs on The Bothy Sessions fit for radio, with 3 of them clocking in at way over 5 minutes and the other being just a minute long. Yet they meshed with those who heard them anyway.

In 2012 Rachel Sermanni will start with some more shows and a new EP - Black Currents from which the song Breathe Easy (below) is taken.There’s a number of dates in her homeland and a very special gig at the Union Chapel in London with the equally wonderful Russian Red on Jan 23. After that, who knows? Not every artist has every aspect of their year mapped out from them from day 1. 2012 could be the year that Rachel Sermanni is One to Watch, but then it could be 2013 or 2014 as well. Irrespective of our predictions, whatever she does, whenever she does it, we’re pretty certain that this fine new talent from Scotland will produce magic. We know we've fallen head over heels, maybe you will to?

Email ThisBlogThis!Share to TwitterShare to FacebookShare to Pinterest
Labels: Ones To Watch 2012, Rachel Sermanni