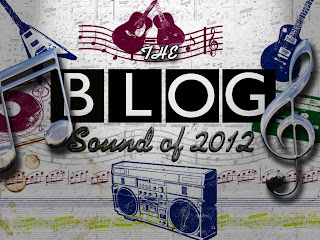 Over the last 15 days Breaking More Waves has been publishing its very own selection of artists, musicians and bands that it believes are Ones to Watch for 2012.

New act tip lists seem to get more numerous every year and none is more ubiquitous than the BBC Sound of list, which we will be posting our thoughts on separately in a few weeks, after our traditional run down of our favourite ten albums of 2011.

Back at the end of 2010 a small bunch of independent music bloggers, including Breaking More Waves discussed the idea of collating the combined thoughts, knowledge and passions of the UK blogging community to create the Blog Sound of 2012. The idea was in no way intended as a platform to criticise the BBC’s Sound of List, which Breaking More Waves has previously been involved in and continues to support. The BBC’s list acts as an invaluable tool to help new artists gain strong media publicity for their music in a time when it’s becoming increasingly difficult for such acts to establish themselves. The Blog Sound of 2012 is more an experiment to decide if a pool of UK music bloggers can come up with some interesting alternatives.

33 music blogs were involved in the voting process, with each one nominating 5 acts for the list.The participating blogs were A Tidal Wave Of Indifference ,Breaking More Waves, God Is In the TV, Sweeping The Nation, The Von Pip Musical Express, The Recommender, Faded Glamour, Drunken Werewolf, Flying With Anna, Not Many Experts, Underclassed Idle Ideas, Sonic Masala, Mudkiss, The Ring Master, Both Bars On, Music From A Green Window, Dots And Dashes, The Daily Growl, And Everyone's A DJ, Kowolskiy, Just Music That I Like, Cruel Rhythm, The Blue Walrus, Music Fans Mic, Seventeen Seconds, Eaten By Monsters, Seven Sevens, Unpeeled, New Rave Brain Wave, Peenko, Music Liberation, My Bands Better Than Your Band and Song By Toad.

From these blogs suggestions a most voted for long list of 15 artists has been collated, of which a top 5 will be published in a few weeks, with an eventual winner being announced. Because of the selection of blogs that voted, the final list has a fairly strong bias towards indie / rock and folk / acoustic music but there's still much variety within.

And here, in no particular order are the 15 artists that have been chosen as the Blog Sound of 2012.

Friends – Rhythmic girl fronted band with a hint of Tom-Tom Club and R ‘n’ B references. (Link to Myspace)

Meursault –Tagged as folktronica in some quarters, with 2 LP’s already behind them. (Link to Facebook)

Outfit – Layered sounding indie group that have been compared to Wild Beasts. (Link to Facebook)

Of the 15 acts chosen 3 of them also appear on the Breaking More Waves Ones to Watch list ( Lucy Rose, Lianne La Havas and Outfit) with one of them (Beth Jeans Houghton) appearing on our own Ones To Watch list back in 2009. 8 of the 15 have appeared in some form or other on the blog this year, suggesting that the tastes of Breaking More Waves are not always that far removed from our blogging peer group.

As always with anything that we feature on the blog, we recommend that you listen to all of the artists above – maybe you’ll discover something that you haven’t heard before and love, which is ultimately the point of music blogs.

Keep a look out for the top 5 and winner of the Blog Sound of 2012, coming soon – in the meantime here are a couple of tracks of two of the nominated acts that we've never featured on Breaking More Waves before - The Jezabels and Friends.