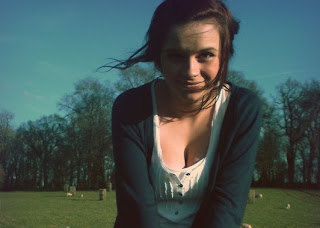 Whether or not you like Ed Sheeran, (and some people really don't) what he demonstrated this year is a model for achieving commercial success for a young musician that doesn’t rely on initial record industry or blog buzz. By self-releasing material and gigging his backside off Sheeran got himself into a position where he already had a fan base before the major labels came knocking. We’re living in austere times and labels love the certainty that a fully formed fan base gives them – it certainly makes development and promotion easier. Look back at last year’s BBC Sound of 2011 list and Sheeran’s name is nowhere to be found. Even the more commercially aware blogs failed to pick up massively on Sheeran until late. He only first appeared on the Hype Machine in February and by the time we featured him in a New Waves feature in March there was a grand total of 2 listed blog posts about Sheeran on the infamous aggregator. Sheeran’s progress into the wider pop sphere was very organic and relied on his d-i-y efforts as much as his labels later involvement.

Now here’s another one who could possibly do a Mr Sheeran in the long term, although it’s pretty unlikely you’ll see her beat-boxing with Dot Rotten or Wiley. We first featured Gabrielle Aplin back in August and in January 2012 she’s due to release a new EP called Home, which like her previous output is self-released.

You only have to look at the number of You Tube views on Home (over 130,000 since it was put up a couple of weeks ago which is pretty high for an unsigned act) and the comments that are being made on it to realise that Aplin is connecting with a lot of people with her simple homespun songs of delicate beauty. “I just moved away from home a few months ago and every single time I hear this song I want﻿ to cry. This is probably my favourite song ever,” says one SamanthaKay915. “More than brilliant!” states KathyTheres93.

Home reminds us of other Breaking More Waves favourites and Ones to Watch for 2012 Lucy Rose and Rachel Sermanni with the guitar picking bearing a resemblance to New Romantic by Laura Marling, which we hope you’ll agree is fine company to be compared to, and Aplin deserves it. Of course receiving internet love and having nice comparisons doesn’t necessarily translate into a real live audience for a d-i-y artist, but Aplin has already sold out The Borderline in London and has a full UK tour booked for March including a date at the Bush Hall. If she packs them in there, she must be doing something right. Watch and listen to the video for Home and be prepared to feel the heart flutter a little it's the perfect antidote to winter. Shhh… just don’t tell any other music bloggers yet OK?