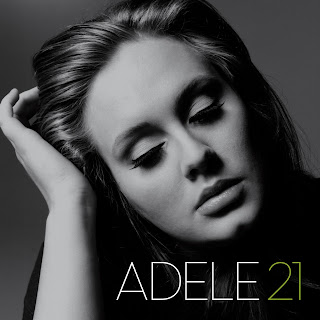 What is left to say about Adele Adkins’s second album that hasn’t already been said? It sat at the top of the UK albums sales chart for a third of the year, has stayed in the top 10 for the rest of it, bagged 13 weeks in the US at number 1 and has been number 1 in pretty much every country that has a sales chart; only Hungary (no.11), Japan (no.53), Argentina (no.8),Russia (no.9), Mexico (no.4) and Spain (no.2) not fully succumbing to the charms of 21. It’s a phenomenal success story, particularly in an age when the perceived wisdom is that nobody is buying music anymore. 12 million sales and still counting, 21 has engaged and touched more people in the world than any other release this year.

The reason? It’s ridiculously simple; the music is sublime. Written in the aftermath of the singer's separation from a boyfriend, it deals with traditional themes of anger, revenge, despair, self-examination and forgiveness. Awash with vintage influences from Southern blues, country and soul, 21 is the perfect vehicle for her voice. Whereas 19, her debut album showed hints of greatness (Hometown Glory, Chasing Pavements, Make You Feel My Love), 21 is brimming with it. The music is perfectly weighted to allow Adele’s vocal to be blustery, sincere, insecure, beautiful and powerful; there’s a whole range of emotions on display, often within a single song. It’s one of two albums this year that have brought us to tears in our more vulnerable moments.

21 is a bloody marvellous album. Hell, it even includes a cover version of one of Breaking More Waves favourite bands ever – The Cure.

For once commercial sales and artistic brilliance go hand in hand.

Email ThisBlogThis!Share to TwitterShare to FacebookShare to Pinterest
Labels: Adele, Albums of 2011