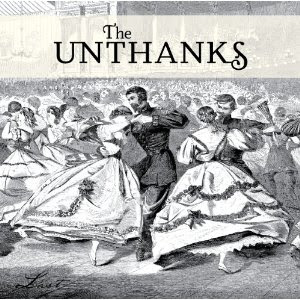 So this is it. Our favourite album of the year is Last by Northumbrian folk group The Unthanks. It’s an album that sadly hasn't cropped up on many end of year lists, yet by quite some way Last is the recording that we’ve been most affected by in 2012.

Last is certainly not an album you’d put on at a party. Its sparse arrangements, constructed out of intense piano and haunting strings, accompanied by the tear-jerking and tender vocals of sisters Rachel and Becky Unthank, are incredibly beautiful. There’s a stillness and sadness in much of Last that demands a solitary quiet winter afternoon to listen to it properly, in one sitting with no distractions – as all best albums are. Last is by no means an instant album, there’s no big pop singles, no hype and its critical praise has been reasonably under the radar. Yet let’s be absolutely clear about this, Last is the most exquisite, emotional and uniquely beautiful recorded music we’ve heard all year.

As you slowly weave your way through this enchanting but melancholy repertoire of songs it’s easy to forget that most of the tunes are not originals – so deftly do The Unthanks make them sound like their own. There’s a consistently mournful sound, Becky's breathy sultry vocals in particular giving it this quality. Irrespective of if the band are interpreting prog-rockers King Crimson’s Starless or the Alex Glasgow penned Close the Coalhouse Door, which deals with the tragedy of a mining disaster. “Close the coalhouse door, there’s blood inside,” its compelling in nature. With no artificial reverb on any of the voices and the majority of the album being recorded at home there’s a real purity to Last that we haven’t heard on any other record in 2011.

With a new baby for two members of The Unthanks, a second album The Songs of Robert Wyatt and Antony & The Johnsons, Live From The Union Chapel released at the end of November and shows that have included performances with brass bands it’s been a busy year for The Unthanks.

In 2009 we named their album Here’s The Tender Coming as our eighth favourite album of the year, in 2011 Last goes seven better. As unsettling as it is beautiful, it proves without doubt, that often sad songs are the best songs. Album of the year.

The Unthanks - Queen of Hearts (from the album 'Last')

Email ThisBlogThis!Share to TwitterShare to FacebookShare to Pinterest
Labels: Albums of 2011, The Unthanks

An interesting choice as no.1. I've still not heard it although really enjoyed the previous record. Time to go listen.