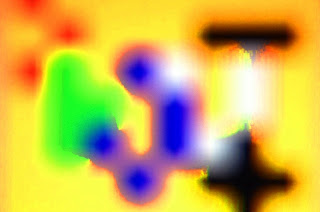 This is a new song by Stay + and it’s called Guardian. You can already tell that from the title of this blog post.

Here are some other facts, that the title won’t tell you. Some of these facts you will probably also find on other blogs. Yet a number of them are exclusives. Yes, if we can’t give you exclusive tracks at least we can give you exclusive facts.

- Guardian is from an EP called Arem.

- The EP will be released on the 30th April.

- The 30th April is the author of Breaking More Waves birthday. Mark it in your diaries.

- One member of Stay + once spent a night sleeping at Breaking More Waves HQ.

- The vocals on the track are performed by one Daniel O’Sullivan. As one Soundcloud comment suggests, they sound just a little like Dave Gahan of Depeche Mode.

- If we were The Sun we’d probably turn the fact about one member of Stay + sleeping at Breaking More Waves HQ into some dirty sordid rock ‘n’ roll story, but we’re not. There is no story to tell. He was very well behaved and we drank tea, ate muffins and if memory serves correctly consumed an evening meal of shepherd’s pie and fresh vegetables. We’re not quite sure if this is the image that Stay + would want to be known about one of their members now, being a ‘cool’ band as such, but to be fair at the time Stay + didn’t exist. And hell, even the coolest people have to do normal stuff like eating and sleeping before they can go off and create pounding liquid pieces of electronic club music like Guardian - perfect for that clubbed out but still raving sunrise moment on the beach.

Email ThisBlogThis!Share to TwitterShare to FacebookShare to Pinterest
Labels: Stay+