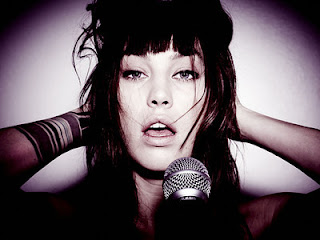 The debut track by Elliphant – In The Jungle, which we featured here and here.

Eating soup with a fork

TeKKno Scene is bonkers. It’s standing up and shouting “Me ! Just look how bloody bonkers I am. I’m mad. I’ve even got two capital letters in the middle of my title. And I sound a bit like M.I.A  and she’s a bit bonkers isn’t she? Look I’ve got electronic bleeps that sound like whizzing out of control fireworks. I’ve got street party beats that are equal parts from the Caribbean and Notting Hill Carnival. I’ve got a Swedish rapper. I’ve got flirty pick and mix sounds, a collage of chants and every now and then I bash a little bell. I am bonkers."

Maybe it’s the global economy, maybe it’s the media, but much of the world of pop music is becoming more and more conservative / safe. More than ever we need music that is bonkers. So let’s appreciate TeKKno Scene.

Email ThisBlogThis!Share to TwitterShare to FacebookShare to Pinterest
Labels: Elliphant