Alice Jemima - Taking It Out 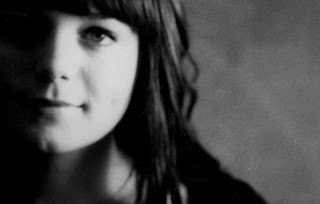 Alice Jemima is pretty unstoppable right now. This prolific Devon based singer songwriter seems to be uploading a new song to Soundcloud every week and the quality and consistency remains very high. Yet as fast as these home recorded Garageband gems are appearing we understand that there’s a fully-fledged spell of studio magic being created somewhere behind the scenes.

This week there’s been problems in the boyfriend department and as a result we find Alice drowning her sorrows. “Don’t know why I’m taking it out, on this bottle in my hand drowning him out, maybe if I drink I’ll get a bit high and I’ll forget every little thing on my mind,” she sings in her invitingly sugary voice. The beauty of her tone may not sound angry or confused, but it seems that Alice is like a swan – graceful on the surface but paddling wildly underneath as she sings of her unnamed suitor  “treating me like crap,” suggesting that its a “self-loath confidence thing.”

It seems wrong to find joy in somebody else’s misfortune, but even Alice Jemima’s sad songs sound so pretty it’s impossible to do anything but.

Alice Jemima - Taking It Out