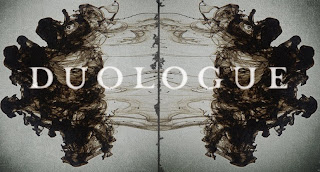 Radiohead – one of the most influential rock bands of the decade and more? Possibly, maybe. They’ve certainly influenced our listening taste. Their fusion of leftfield electronic beats pioneered by the likes of Aphex Twin and Autechre with rock music has left both Kid A and In Rainbows as two of our favourite records of all time. It has also given us a natural leaning towards bands that are doing a similar thing – witness our support of bands such as Worship and Kid Adrift recently, both of whom blend edgy electronica with guitar based sounds.

Here’s another band of this ilk that came our way today and immediately made us sit up; although they seem to have been floating around for quite some time now, having won Steve Lamacq’s BBC6 Music unsigned contest, garnered play on John Kennedy’s show on XFM as well as performing a live session on NME Radio.

Massive rock riffs and tense restless beats lead the way to introduce us to the band. Their name is Duologue. Of the five songs we’ve heard so far, all of which are powerfully good, Get Out While You Can launches full-frontal assault rock riffs that give a gentle nod to Led Zeppelin, whilst Marching Orders penetrates and pounds leaving you feeling beautifully exhausted. Racketeer wheels out weighty post-dubstep beats and Cut & Run which streams below carries falsetto vocals, gritty guitars and slamming rhythms. You may also recognise their song Talk Shop, which appeared on teenage TV show Skins.

The next Duologue show is being promoted by Fucking Dance blog and is in a secret location in London – for the time being you can safely guess it’s not the O2 Arena or Buckingham Palace. Tickets are available here which can include for an extra £3 the bands 10" record. You can also download live versions of Get Out While You Can and Marching Orders from the bands website in exchange for the obligatory email address. We suggest you do all of this. Now.

Email ThisBlogThis!Share to TwitterShare to FacebookShare to Pinterest
Labels: Duologue