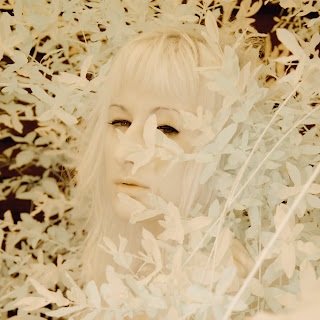 Zola Jesus – possibly the only Zola to come to our attention since the politically controversial bare footed Mary Decker felling runner Zola Budd releases a new single today that follows on from her recent UK and European shows. It’s a double A-sided beast featuring a new track Poor Animal as well as I Can't Stand which is lifted from her excellent album Stridulum II. The single comes through Souterrain Transmissions and is released on 7” only as a limited edition of 500 and with special, hand-printed gatefold packaging.

Starting like a rave on slow motion with slithering snakes invading the speakers Poor Animal continues the upward ascent of Zola Jesus in to ever more accessible territories. Even although Nika Rosa Danilova has tried to deflect the ‘goth’ tag that she has attracted, because of her hugely impressive vocal and general air of gloom in the music she will probably find this label around her neck for some time; but let’s forget about the genre and just enjoy the song - because ultimately that’s what counts.