The Cordelier Club - Don't Let It Go By 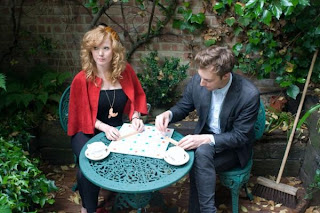 Despite the incredible speed at which our internet fuelled society works, the world of music can still appear to be lazily slow sometimes. We first posted about The Cordelier Club way back in April 2009 (here), yet only in December 2010 will the band release their first single – the chirpily upbeat Don’t Let It Go By. Like nearly all of the bands material it’s defined by their knack of writing mainstream radio friendly vocal hooks that sit comfortably alongside references we’ve quoted before when posting about the band – namely the likes of Revenge era Eurythmics or Fleetwood Mac in their higher pop moments. Also floating round the internet there’s a Pina Colada flavoured dance version of the bands We Can Dance remixed by Royal Palms which has a distinctly soft focus disco flavour to it. You can find it here for starters. There’s also a video to come soon for Don’t Let It Go By, which the band have been shooting part of in Dungeness, Kent.

Named after ‘Le Club des Cordeliers’, a group of French populist political activists, the brother sister duo of Richard and Alice Smith that make up The Cordelier Club write and record all of their own songs, but when we’ve seen them playing live they are supplemented by other musicians. The only confirmed date at the moment for the band is on November 29 in London’s Kings College Student Union, but we’re pretty sure further dates will follow in due course.

The Cordelier Club - Don't Let It Go By by Sainted PR
Posted by Breaking More Waves Blog at 00:01

Email ThisBlogThis!Share to TwitterShare to FacebookShare to Pinterest
Labels: The Cordelier Club