Starsmith - Give Me A Break 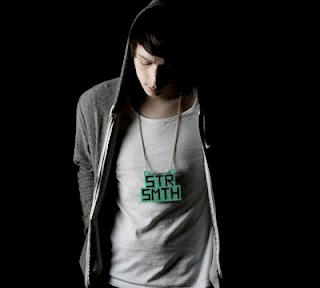 Even if you’ve never heard of Starsmith (and if you haven’t, where the hell have you been ?) you will have most certainly heard his work. With remix credits to the likes of Marina & the Diamonds, Lady Gaga and Robyn to his name, he is probably best known for co-writing five of the songs on the debut Ellie Goulding album – and at Ellie’s early gigs he was also part of her band.

Now it’s time for Starsmith (real name Finlay Dow-Smith) to make the transition from geeky bubblegum studio whizz-kid to fully fledged front man with his debut single Give Me A Break. For those expecting his signature loaded up synth extravaganza, you’re in for a surprise, because with Give Me A Break Starsmith veers away from being just an Ellie Goulding / Little Boots / Marina & the Diamonds remix copycat and instead works up a sweat with a Ritchie Family sampling full on boogie-woogie disco stomper that is club and radio friendly. He’s one of the tallest men in pop music both physically and commercially and Give Me A Break keeps reaching those highs.

Email ThisBlogThis!Share to TwitterShare to FacebookShare to Pinterest
Labels: Starsmith