The Perfect Length For An Album ? 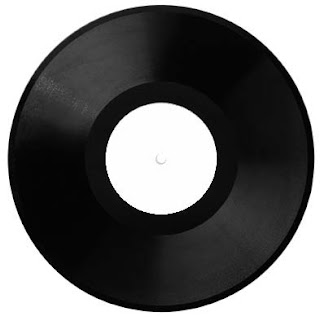 Arcade Fire’s The Suburbs has been the recipient of the rare double handed pat on the back - gaining almost universal critical acclaim and commercial success. Yet despite Clash magazine suggesting that Arcade Fire may be “the best band on the planet,” and toppling Eminem from the No.1 slot in the UK, The Suburbs hasn’t quite hit the spot with Breaking More Waves. There are many things about The Suburbs that we take our hats off to and applaud - the detail that needs to be explored, the shift in emphasis from stand out tracks to a an album deigned as a cohesive whole, the fact that The Suburbs avoids self-parody and is a unique work on its own right. Yet despite all these fine characteristics something doesn’t quite connect. At first we thought that the title of the record was also a representation of the album sonically - that Arcade Fire had moved into the musical middle age of suburbia - The Suburbs was a comfortable and safe album that would appeal to late twenty and early thirty something’s who were beginning to appreciate comfort over excitement. The Suburbs sounds and feels a little like a MOR album for those who were once a little more alternative. It would certainly explain the glowing reviews - many of which were written by authors of this exact demographic. When the bastion of middle aged blandness Q magazine called The Suburbs “A giant leap in song craft,” we shuddered a little, for this seemed to confirm our worst fears - Arcade Fire had become the new Keane or Kings of Leon. But then after repeated listens, and an acknowledgement that The Suburbs was a more measured record with significant musical depth, it finally occurred to us why the comparisons with OK Computer by Radiohead or U2’s The Joshua Tree didn’t seem right with us. The reason why we don’t believe The Suburbs fully warrantees the glowing reviews; The Suburbs is too long.
Clocking in at just over 64 minutes and within 16 songs on it, The Suburbs is like eating a huge three course meal when main course would have been perfectly adequate - it’s heavy, bloated and with such density that some musical portions are not going to taste as good as other delicacies. This is why The Suburbs makes us shrug a little. Because for every Ready to Start and We Used to Wait there’s a Wasted Hours - a song that given a more focussed editing process would have never made the album. It’s B side material at best.
So if 16 songs and 64 minutes are too long, what is the perfect length for an album? An unscientific survey using a method of rummaging through some of our favourite CD’s initially reveals a maximum of 45 minutes and about 10 songs as our limit. If You’re Feeling Sinister by Belle and Sebastian - 10 tracks 41 minutes, Dummy by Portishead - 10 tracks 45 minutes, In Rainbows by Radiohead - 10 tracks 42 minutes, For Emma Forever Ago by Bon Iver - 9 tracks 37 minutes. But then one of our absolute favourites of all time Disintegration by The Cure throws a massive spanner in the works. 12 tracks are fine, but 72 minutes? It’s a musical marathon. Maybe we’re the gothic Paula Radcliffe of musical listeners ?
In a way trying to define the perfect album length is like trying to define your ideal physical attraction. We’ve always found arty pale skinned red heads with northern or Scottish accents quite entrancing, but recently find ourselves more attracted to intellectual southern dark haired girls and blondes, albeit still with pale skin. Just as the rule is written, the eraser rubs it out and creates a new one.
From a purely practical point of view maximum album lengths have been determined by format. Vinyl allowed about 45 minutes. CD’s allow a band to put out 75 minutes of music. Downloads in theory allow unlimited length. Yet there are many 70 minute albums that are 60 minutes too long. It’s not just about the actual length in time, but the number of songs and the risk that, as the length and number increase, the chance of the quality decreasing also becomes greater. Whilst not an album, The Orb put out a single called The Blue Room in 1992. It was 40 minutes long. It was brilliant. But was it any better than The Beatles Sgt. Pepper’s Lonely Hearts Club Band which was a minute shorter but had 12 more songs ? Almost certainly not. There may have been 13 songs on Sgt. Peppers but the quality remained high throughout.
Sgt. Pepper writes this rule - a great album should be designed so that every song is superb. In the digital age we live in it is far too easy to press the skip button. Maybe this is why bands release 70 minute albums - they can then leave it to the listener to create their own track listing and length, discarding the songs they personally don’t like. In the case of The Suburbs we could quite easily do this. Maybe the old idea of listening to an album from start to finish in its entirety as a body of work is a redundant, old fashioned concept ?
Posted by Breaking More Waves Blog at 00:01

I would consider a different definition to that in your last paragraph - maybe a great album is better than the sum of it's parts, listening to the album in the old-fashioned start to finish way is better than listening to all those tracks separately or in a random order... what do you think?

Yes, I'd like to think so, but is that the actually the way people listen to albums these days ?

Well, there's tracks people and albums people. I may be a tad elitist but in my opinion picking up just a few songs from an album (or artist) leads to lack of appreciation. This is our liquid modernity of consumerists: people do not want to invest a whole hour in listening to just one album in the never-ending quest of getting more and more. The irony is that by skipping so many songs they tend to get less.

Anyway, I'm all too happy to omit certain songs or sometimes even most of them after some times has passed. I guess it's all about balance.