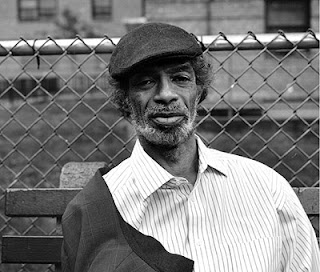 Earlier this year we were lucky enough to attend a live audio visual show by cult director Chris Cunningham. We had mixed views about the 'performance' which veered between depraved brilliance and rhythmic monotony. Although much of the video material shown wasn’t particularly new (it was ‘remixed’ live) one new piece of work which was displayed was Cunningham’s video for New York Is Killing Me by Gil Scott-Heron. Don’t believe Pitchfork when they say that it was debuted at the Museum of Modern Art in New York last night – we saw it months ago, although at that stage it may have been a work in progress. Compared to his classic videos for Come To Daddy, Windowlicker and Rubber Johnny all soundtracked by Aphex Twin and All Is Full Of Love by Bjork, we have to admit this piece is a little disappointing, but Scott Heron’s voice makes up for that.