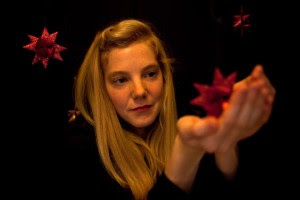 Here is something for which the word beauty was invented. It’s a song called Lay Down by the Brit born, New York residing, singer songwriter Essie Jain.

Following her two previously well received albums Essie found unlikely inspiration for her third body of recorded work - on which Lay Down features. Essie has explained that “Over the last few years, I’ve been blessed with the opportunity to perform all over the world. The thing that struck me the most during my travels, was how often people told me that they felt soothed, calmed and comforted when I sang to them.” As Essie’s friends and family members began to have children it became apparent to her that “They were always looking for new music to soothe their babies at nap and bedtime, and as a result of hearing the same CD for the hundredth time, they were quietly going crazy listening to songs that were working for their little ones, but certainly didn’t do it for them.”

And so Essie began writing a record for parents and babies.

Most music written for babies is normally womb-sounding and cringe worthy. Or even worse it’s designed as an album that the non-parent can buy as a gift to raise a laugh and therefore not feel fully excluded from the onslaught of conversations about nappies, feeding and sleep patterns. CD’s such as Punk Rock Baby or Ibiza Baby probably seem hilarious for a couple of hours.

Lay Down by Essie Jain falls into neither of those categories. A gorgeously minimal piece of work, it’s sensual, captivating and ultimately incredibly calming. Put it on before you go to bed, whatever your age.

The album Light of Morning is out now and you can purchase it here. We’ll be bringing a review of it in October.