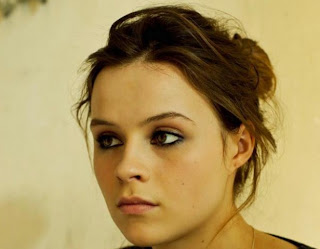 This one is probably going to annoy Gabrielle Aplin purists (and quite possibly those who hate Aplin as well), but Cyril Hahn has remixed the single that was meant to be the single that wasn’t because the John Lewis cover came along and changed all the plans but is probably going to be the next single anyway but you’ve got to wait a bit further for that. February 10th to be exact.

Wow that was a sentence wasn't it ?

Whoever would have thought that Gabrielle would have found herself on a deep house track (although you won’t even recognise her vocal which has been radically altered). Rather like a remix we posted of another singer songwriter Alice Jemima recently (which now has had 34,000 plays on Soundcloud), it works surprisingly well, full of blissful late night atmospheres and otherworldly subtle vibes that float round your head.

You can see the video of Gabrielle's original from when we posted it here. There’s also a gorgeous piano version that’s under wraps somewhere but that hasn’t been released to the world yet.

Right, we’re up for some clubbing. Who’s taking us out then? And don't worry Breaking More Waves isn't about to become a house / DJ blog, but we're a fan blog and that means that sometimes when artists we're fans of put remixes out that we actually like (and can dance to them) we're going to share them.