Trash Or Talent - You Decide 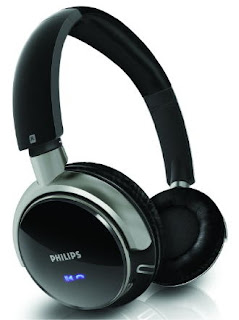 Almost as soon as music pundits and publications throughout the UK have listed the artists that they think will break through or provide something of value in 2009, the cynics are out to condemn them. Take a look at almost any forum thread that is discussing the lists and you’ll find comments such as “The tastemakers have decided that we’re all going to be listening to vacuous synthesiser pop this year. What a load of rubbish.” Meanwhile indielite boy bands such as The Kooks, The Fratellis and The Pigeon Detectives are allegedly wetting themselves with fear that their careers are going to go down the pan as the industry decides that its time for a change in musical direction and that skinny jeans are yesterdays news.

Yes, of course pop music is based around changing styles and fashions. The clothes a band wears, their ridiculous haircuts and their good or bad looks can initially influence people as much as the music. But as for who decides what we are all going to be listening to, here at Breaking More Waves we believe it is somewhat more complex. Of course elements of the media try to influence. Youth culture wants an identity, often different from a generation that preceded it. So youth culture media needs to reflect and provide new movements to give its audience something to latch on to. New Rave anyone ? We’ll have that. Brit pop ? Mmm nice. Punk ? Yes please. You get the idea.

Record companies also have to try and influence what the public listen to. If companies have signed artists, it wants those artists to sell. Therefore in come the marketing men. There is an undeniable link between exposure and sales. Marketing is a reality and necessity for companies who have financially invested in their product. They need to persuade the public that they want, or even need this music. Also in this world of the illegal download they must convince us that we should part with cash for it.

Bloggers now also provide an important role in influencing what we listen to. Whilst some blogs may be written by professional journalists or those within the industry, and some by those who fancy themselves as such, the vast majority such as Breaking More Waves are written by enthusiastic Joe public, with no real writing skills, but a passion for music. Such blogs play an important role in bridging the gap between the industry and the public, influencing on both sides.

But ultimately the public decide. Music pundits are wrong as often as they are right. Record companies will spend big bucks and yet the artist will flop. Bloggers over enthusiasm will lead to unwanted hype. Artists can suffer from over exposure.

So if the public decide, on what basis do they decide ? It would be nice to think that talent always rises to the top. Talent is hard to define though. Britney Spears has sold millions of albums and continues to release big sellers. Here at Breaking More Waves we have a soft spot for her, but is she talented ? There’s a debate.

On a recent blog on her Myspace Marina from Marina and the Diamonds argues that talent always wins through “You don't have to work in the music industry to know that people are infinitely fickle. Trends come and go in music, as they do in fashion. And the "Quirky Girl Singer" is yet another trend that has come. And that will go. Give it 2-3 years and it'll be near the end of its 'supercoolelectrosynthqueenofpop' reign. As with every phase/ trend that sweeps music, artists who have something lasting and unique to offer will remain and will inevitably move on to do greater things. The ones who have little to offer, except for the ability to latch onto and simulate a trend, will disappear. Mark my words,” she says.

She’s probably right. But here at Breaking More Waves we would also argue that in the big world of music there is room for more than just lasting talented artists. We like fashions, styles and trends; they provide variety and excitement. Sometimes we like a less than super talented person or band who produce a one hit wonder and then disappear. It’s all part of the magic of the pop wizards cauldron. We aren’t ashamed of loving music in its widest form. This doesn’t make us shallow. We would never choose to like something purely because it is in fashion, because we want to fit in with everyone else or because it fits with our perceived musical taste.

We believe that a wider vision enhances experience in life. As Garry Mulholland suggests in his introduction to his book Fear Of Music, with a great album you may form a deep lasting relationship which is a partner for life, but sometimes trashy singles can be fuck buddies.

We suggest that sometimes the record industry, the media, bloggers and the public need those fuck buddies as well as lasting relationships. At Breaking More Waves we try to bring you both, and everything in between.
Posted by Breaking More Waves Blog at 00:01