Now That's What I Call Music 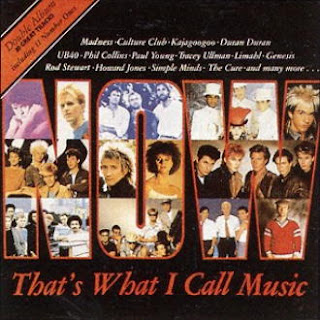 The 12th January 2009 will see the re-release of one of the most important albums of the last twenty five years. An album that has lead to the development of a brand that has chronicled the evolution of pop music over this time. An album that changed chart rules. An album that along with its successors has to date sold seventy five million copies.

That album, released in the UK in December 1983 is Now That’s What I Call Music Volume 1.

The Now That's What I Call Music compilations are the most successful compilations of all time. Born through a collaborative partnership deal between Polygram, EMI and Virgin the Now series could beat all other hits compilations by offering excellent value, all killer and no filler, through being able to source so many hit singles through the label partnership.

Twenty five years on from Now That’s What I Call Music and the series is still being produced at a rate of three editions a year, recycling chart hits from the previous few months, giving a musical snapshot of a time and a place. The artists who have benefitted most from the albums are Robbie Williams and Kylie Minogue who have had the most number of songs included throughout the series. So successful were the early Now albums that UK sales charts were changed, otherwise the Top 10 albums weekly chart would have been simply full of compilations, particularly the Now compilations. Of course these days the charts for artists and compilations are separate. But when a Now compilation is released it is almost guaranteed a number 1 spot.

And in a few days time the original Now That’s What I Call Music album is being re-released. Like all the Now albums it featured songs that are now regarded as pop classics, songs that are best forgotten and songs that have been forgotten but shouldn’t have been. Of the thirty tracks on the first album, a third of them were number one hit singles in the year of issue.

So how long can this series continue ? The Now brand certainly shows no sign of stopping yet. CD consumers continue to recognise the value that they offer. The download market is somewhat different however, with consumers being able to pick and choose tracks, effectively making their own personalised Now That’s What I Call Music compilations. But at this moment in time, for many the beauty of being able to walk into a shop and pick up a compilation of forty of the latest chart sounds for around the same price as an ordinary album, knowing every song on the album, is still a big factor in their music purchasing. When the physical release market dies then it is likely that so will the Now albums.

So happy 25th birthday Now That’s What I Call Music. Breaking More Waves is here and ready to celebrate your birthday. We’re going to do this by selecting one song from the original thirty tracks each day for the next three days. These are our personal favourites. Enjoy each one of them. We continue to do so. And come 12th January we’ll be updating our worn out cassette copy of the album for a pristine CD.

Email ThisBlogThis!Share to TwitterShare to FacebookShare to Pinterest
Labels: Compilations