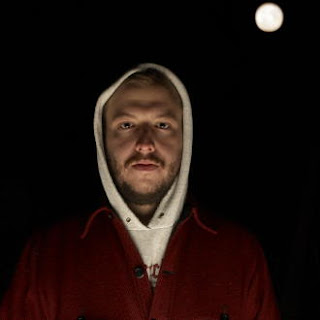 Bon Iver's For Emma, Forever Ago was Breaking More Waves album of the year in 2008. Now in 2009 Justin Vernon and his contributors step out of the cold on 19th January with a new 4 track EP entitled Blood Bank. The songs continue a path set by the album but with a few subtle surprises woven in, both musically and lyrically.

The title track uses a rough weary guitar to soundtrack the warmth of love against a wintery background. Gone is the isolation of For Emma, replaced with the visual and poetic romance of desire and companionship in the lyrics. “Then the snow started falling, we were stuck out in your car, you were rubbing both my hands, chewing on a candy bar, you said ain’t this just like the present to be showing up like this, as a moon waned to crescent, we started to kiss.” It is as gorgeously compelling and wonderful as anything on the album. Nothing else on the EP gets anywhere near this perfect song, but then if they did we would be proclaiming this the EP of the year, and it's only January.

As for the other tracks, Beach Baby is a gentle strummed affair with added country steel pedal guitar. It feels a little like an out take from the album, a half finished idea that was left in the corner of the cabin. Babys sees Justin veering away from the formula that has served him so well up to now. As a waterfall like piano repeats and chimes in introduction, his familiar falsetto and harmonies ring out with joy “Summer comes to multiply, to multiply.” This leaves the most experimental track on the EP - Woods. Reminiscent of a slightly poor man’s Hide and Seek by Imogen Heap, it uses vocoder layering to produce an acapella choir, backed by more falsetto harmonies with the repeated lyrics “I'm up in the woods, I'm down on my mind, I'm building a still, To slow down the time.”

With the Blood Bank EP Bon Iver have challenged those who think they are just bearded acoustic guitar folkies. Not everything presses all the buttons, but enough are pressed to make it a welcome addition to a record collection.

As with any Bon Iver release there is no expensive pop video, but this unofficial slow, subtle, simple piece works well.