A second post about the Jai Paul Bandcamp Album which was released today. Get it here if you want to know instantly what it is like. Alternatively read our opinion.....

Earlier today a certain sector of the internet based music community went a little bit crazy. The reason? Because elusive London producer Jai Paul put out an album. Boom. Just like that.

Or rather there was a Bandcamp page with his name on it and a collection of fully formed songs and some shorter interludes / half ideas. Each track was simply named numerically ‘Track 1, Track 2’ etc.

For many of those who pay a lot of attention to listening and writing about new music this was A BIG MOMENT. In fact the moment seemed far important than the music itself. We wrote about this ever growing phenomenon of 'event moments' a few hours after the release of the album or whatever it is here.

So what happens now? Well, in the olden days the press were sent copies of the album to listen to a number of weeks before it was released. That way traditional journalists could fully explore the depths of the record and give a carefully considered opinion before publishing a review shortly before the record came out. It helped consumers decide if they might purchase the album they hadn't yet heard.

But with more and more artists beginning to adopt the model of just putting things out there the old fashioned media reviews are being made redundant. Who needs a review when you can just stream or download yourself and form your own opinion? And if the media try to keep up they get punched; the Guardian attempted to publish their review of King Of Limbs by Radiohead the day it was made available and was then heavily criticised for dumbing down journalism.

Yet what was interesting today was that although twitter was awash with the likes of bloggers (including ourselves) and websites (including big sites like Pitchfork) turning the release of the Jai Paul record into an event, very few people were commenting on their initial impression after listening. Maybe it was in part because people are now wary of giving an early opinion and like the Guardian being criticised for that or just worried about getting it 'wrong', which is a bit ridiculous because how can your own opinion be wrong to you? Plus we all have initial impressions about things don’t we? When you meet a new person for the first time you make some first judgements based on how they present themselves or speak. A month or year later you may have a very different perspective about that person. It’s the same with music. It’s OK in our book to make that judgement and quite OK to change your mind later on.

At Breaking More Waves we don’t review albums anymore. We used to a little, in fact this review of the debut Hurts record is one of our most read pages ever. But as an amateur unpaid / unfunded blog with no journalistic skills we have better things to do with our time than attempt to be a critic. We don’t particularly like negativity and prefer to leave that to those who are paid to listen and critique records that they may not enjoy. Instead we act as a curator of the stuff we think is good. By implication the bad stuff gets left out and hopefully if your measure of quality and what is good is similar to ours you’ll begin to trust our opinion.

Which brings us back to the Jai Paul Bandcamp thing.

We've said we don’t review albums, the LP is already out there and so any review is pretty pointless really, except for drawing your attention to the fact that the album exists, which we guess is why today's release became an internet event of sorts.

The event was actually more important than what people thought of it. Which is a bit sad, but probably true.

But because we like the idea of doing pointless things and had some spare time today, we’re sharing our listening experience so far with you. This isn’t a review as such, just some thoughts. In publishing our thoughts we asked Twitter a very important question. That question was 'what's the earliest time it's OK to offer an opinion on a record?'

Thanks to Chris from the Metaphorical Boat blog who clarified that it was three listens, once with laptop speakers, once with headphones and er....once whilst driving around in a Ford Mondeo.

So taking his wise advice, off we went:

Stage 2 – First listen via laptop whilst burning onto CD for enhanced listening later. Note the use of a cheap Asda CD because it quickly becomes apparent through the first laptop listen (and information via our twitter feed) that this album is not high in sound quality; it appears to be akin to a collection of demos. 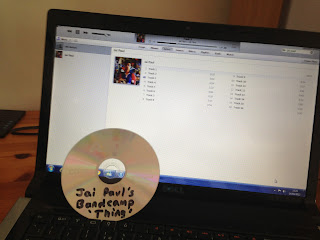 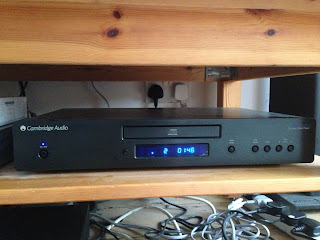 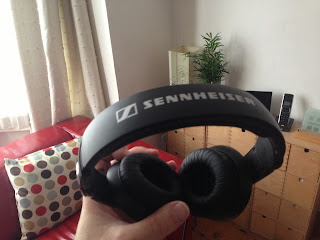 Stage 4 – We don’t own a Ford Mondeo, but our Toyota Auris is nearly as boring. 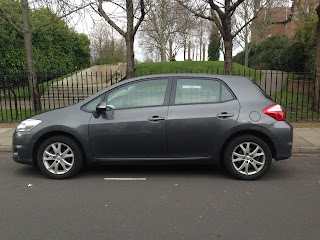 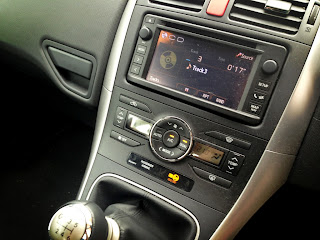 
Our conclusion after these three listens:

The Jai Paul album is quite good.

We need to clarify.

On our laptop it was quite good.

On our headphones and CD player despite the slightly muffled heavy sound it became better than quite good especially when played incredibly loud. Track 2 with its Asian beats, video game effects and stop start samples is truly A.M.A.Z.I.N.G. One of the best tracks we’ve heard all year. Apparently it's actually called Str8 Outta Mumbai.

But in our car it didn’t sound so good at all even Track 2 /Str8 Outta Mumbai. Maybe it was because we used a Toyota not a Mondeo. But the lack of enjoyment was more to do with the piss poor sound quality than the tunes. If we paid £7 for this (which we did) on a CD we'd have thought it was faulty.

So there you have it. Jai Paul’s Bandcamp Thing : Quite good, but would have been very good if it was better quality sound. However, if you drive a Toyota we'd suggest you hold on until a properly mastered version comes out, if it ever does.

Let’s see how it pans out over the next few months.

But this : “To confirm: demos on bandcamp were not uploaded by me, this is not my debut album. Please don't buy. Statement to follow later. Thanks, Jai”

The offending songs have now been removed from Bandcamp although for the time being they are still streaming from websites, which  Tim from The Blue Walrus tells me at a guess is probably because "it's cached on different servers."

According to Twitter and various blogs it is being reported that Jai Paul had his laptop stolen and this is where the tracks were sourced from. However if this is true the gossip on the internet is full of suspicion, with the following two questions being asked:

1. If these tracks were taken from a stolen laptop, why did Jai Paul’s record label XL take so long to get the tracks removed from Bandcamp for download? XL normally have a reputation for being very quick to action illegal uploads, so were they actually behind the release in some way in what could be a very clever publicity campaign. Or did Jai Paul get someone to upload the demos for him to make some quick cash? He’s been reported in the past to be a bit of a maverick when it comes to working with.

2. Somebody who has already stolen a laptop and then sells tracks that they don’t own is playing a very risky game. The chances are that the financial transactions will be traced back to them at some point. Normally album leaks are simply leaked for free so that tracing back becomes harder. So why risk it unless you actually owned the tracks?

We'll probably never know the answer to either of the above.

Anyway the net result of all of this is that Jai Paul has increased his profile no end and those who have downloaded the tracks have got an idea of how the final properly mixed and mastered album, whenever (if ever) it is might sound. It seems like it might sound great. Even when listened to in a Toyota Auris.