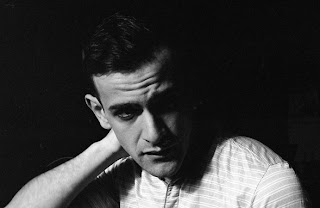 Yesterday was a pretty exciting day for fans of new music as Brighton’s Great Escape unveiled a crop of new additions and its timetable for the event. You can find that here. We also have an unofficial downloadable spreadsheet (created by our DJ buddy and all round good guy JC Carter) which includes easy to use tabs for artists, venues and day timings which you can grab here.

The Alternative Escape compliments the core programme of the Great Escape and squeezes even more live music into the schedule, with further gigs, club nights and one off shows taking place across an additional 15+ venues. The 2013 Alternative Escape finds a number of blogs, festivals and promoters putting on their own shows and features a wealth of talent on its own. Acts playing the Alternative Escape include Curxes, Fear of Men, Mt Wolf, Bear Cavalry, Duologue, Night Engine and Fight Like Apes all of whom we have featured before.

It was during the course of listening to some of the artists on the Alternative Escape bill that we weren’t familiar with that we came across today’s new wave, London’s Josef Salvat (who has a Google friendly name - we wonder if its his real one?). It seems that we’ve completely missed the boat with Salvat, Hype Machine revealing that he’s already been picked up by a number of big influential blogs since the beginning of the year. A quick peek at his Facebook also tells us that Salvat has a big PR company working for him, so actually it’s no surprise to find that he’s already made it on the blogs. So we fail at this blogging game, at least a bit. This is the price we pay for only reading about 2% of the 100's of weekly emails we receive. Yet irrespective of PR company or other blogs we pass as well, because Salvat stood out amongst the acts we hadn’t heard of before in our hours worth of listening of Alternative Escape artists we didn’t know.

*A subsequent check of our in box today reveals an email from Salvat’s PR company – it’s funny how things come together isn’t it?

So, (finally) to the music. Salvat sings the kind of songs that Hurts might have made if they’d done downers and ditched the guitars. It’s heavy-hearted pop, another example of what Pop Justice would call pop music for people that don’t like pop music and although we understand what Pop Justice means we think they’re wrong. It’s more a case of differentiating between good pop (Chvrches, Little Boots, Girls Aloud, Lana Del Rey, Charli XCX, Bastille) and bad pop (Olly Murs, The Saturdays, The Wanted, The Script) (although arguably The Script are so average and so boring they don’t really classify as bad pop just average no-point pop-rock which is actually worse than being bad pop in many ways). So there you have it; Salvat is good, albeit melancholy. There’s a danger he could become part of the new boring set pretty quickly, but his new song Hustler is positively compelling. We couldn’t imagine Ben Howard singing “I’ve got the body of a lover with a masochist's brain,” for example.

Josef Salvat plays The Fishbowl pub as part of the Alternative Escape on the Friday afternoon at 3pm. We’ll be previewing the Great Escape in detail in the next few weeks.

From one music blogger to another, I cannot believe that the show you list to see this guy at the festival is the one at The Fishbowl, rather than at your fellow blogger's annual knees up, called BLOG UP!

It's too late now, but just in case anyone reads this, bugger The Fishbowl, come to The Mesmerist, (where all music bloggers - except Robin - get free booze). Josef is playing our stage between 8-9pm, alongside 10 other awesome bands who run every hour from midday to 11pm.

Moan over. (you're welcome to your free beer really Robin..)

Apologies Mike I hadn't spotted that 2nd show he was playing ! Hence no mention!