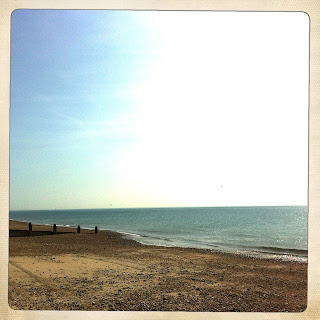 Sound the trumpets, hang the bunting up and roll out the red carpet because a feature we’ve laid to rest for a while is back. It’s the return of the Saturday Surf.  When we last posted this featured in February we said it would return in Mid-March, but due to technical difficulties (we forgot) March seems to have become June.

The rules are simple:

1. The Saturday Surf will never be more than 5 tracks.

2. The total length of the music will be no more than 15 minutes.

3. The text relating to each track will be no more than one short paragraph.

The concept is that we don’t want to take up too much of your time. There are plenty of blogs out there who post long playlists and generate high volumes of traffic to their site from blog aggregators such as Hype Machine. This is not one of those blogs. We believe that in the world of the internet, where there are so many distractions, there aren't many people that have the patience to sit through 20-30 new tracks chosen by someone else in one sitting. Instead we serve up a smaller and hopefully more palatable dish of delicious new music from the last week or thereabouts that we didn't get round to posting on its own for your aural consumption.

Alice Jemima – Only Girl (In The World)

This is how it seems to be working. Alice Jemima uploads a new song on line. We write something gushing about her. Repeat over and over. If music is a relationship we're way beyond the infatuation buzz now - this is proper love. Alice Jemima is undoubtedly one of the Breaking More Waves golden girls. After her beautiful interpretation of Lana Del Rey's album track Million Dollar Man (another one of our golden girls) comes another cover. This time Alice tiptoes her way through Rihanna's fist-pumping, ball-busting Only Girl (In The World) with a delicate sensitivity that gives the song the same sort of natural intimacy that we last heard on The XX’s debut album.

We’re getting a better sense of No Ceremony/// and are beginning to be able to define their sound with more accuracy with every new track they release. Holdonme delves deep into the landscape of the night with druggy computerised voices and trance like beats and bass. It would be a perfect soundtrack to a road trip in the small hours.

Charli XCX – You’re The One

Another one of our golden girls, although maybe Charli XCX  is laced with streaks of something more urban and gothic in amongst the shine. If All Saints were still around in 2012, this is the kind of song we suspect they’d be doing. Despite it’s dirty and sexy electro styling You’re The One is actually a rather neat pop song, primed for the ears.