Matt Corby - Made Of Stone 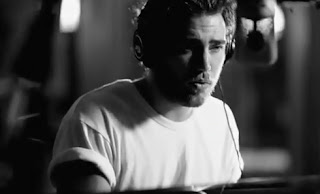 Really we should hate Matt Corby. Not only is he one talented so and so, but he’s a bit of a babe magnet as well. “I would gladly mother his young,” states one comment on his new live You Tube video for Made Of Stone, the title track of his new 3 track free to download EP which is available from his website using this link here. Yep, it’s comments like that which makes us extremely jealous. Until we realise that actually somebody once (actually more than once) did want to mother our young and that’s why we now have two children, so up yours Matt Corby BECAUSE WE’VE ACTUALLY PROVED OUR MANHOOD and don't have to rely on strangers on the internet for compliments.

Of course Corby still wins, because this is a music blog and this blog wouldn’t exist without the artists that create that music, so we owe it all to people like him really.  He’s been called Australia's answer to Jeff Buckley in some parts, which is pretty high praise, but listening to his flowing piano playing and his rangy voice on Made Of Stone, the accolades are undeniably worthwhile.

We’re still 2-0 up on the fathering children stakes though.

Matt Corby - Made Of Stone

Matt Corby - Made of Stone (Live at Studios 301 Video)