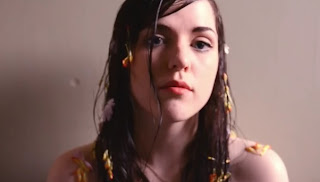 The bands recent live shows have found the Geordie five piece displaying a new found confidence, particularly lead singer Sarah who seems to have come out of her shell as a front woman. This confidence gives the band’s sound a more muscular sonic dynamic than ever before and any criticism of twee must now be placed in the rubbish bin. As thrilling as this aural development is, the video for Works Better On Paper finds the group looking rather absorbed in thought rather than excited about future prospects. Yin and yang in an indie rock music video perhaps?