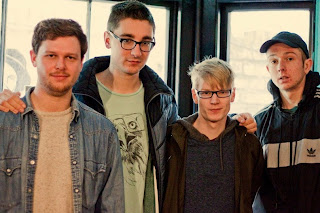 We’ve had a strange relationship with Jessie J. We liked Do It Like A Dude. It was a bit mainstream-edgy  (without ever being alternative) and promised much. Unfortunately since then if we plotted a graph of Mystic Meg turned pop star, with the Y axis labelled ‘pleasantly intrigued’ down to ‘nauseated and annoyed’ the graph would have slipped below the bottom to ‘vomiting and angry'.

But here’s a fact (that is if you believe everything you read on the internet) Proportionally on twitter even the dullest of ours are more popular than Jessie J’s dull ones (tweets not songs that is).

Jessie J tweets the words “I'm gonna have so much fun this summer!” and gets (at the time of writing) 50 odd retweets.

Breaking More Waves, so inspired by Jessie J also tweets the words “I'm gonna have so much fun this summer,” and gets 3 retweets.

This therefore conclusively proves that Breaking More Waves dullest tweet is proportionally more popular than Jessie J’s identical dullest tweet. We’re not sure what that really says about us except that some people like the comedy of the dull. Here's another fact - our second most popular tweet in terms of retweets ever was a picture of our daughter’s half eaten meal. However this needs to be seen in context; we hate people tweeting pictures of ordinary meals as much as we hate people tweeting pictures of their sleeping cats. We tweeted the picture as some kind of warped social experiment, and it worked. Yet these tweets are things that offer no added value to our life.

The golden rule of twitter should be if you don't have anything interesting to say don't say it at all. But then most of us would never have anything to post would we?

What does offer added value however is this, one of our favourite songs from the forthcoming Alt-J album An Awesome Wave. It’s a track called Dissolve Me, which according to the notes on the bands Soundcloud player is about the bedtime routine one of the band had with his mum as a child, which involved describing a day out at the beach ending with him falling asleep making the sounds of the sea. With percussive grooviness, hooky electronic riffs and tender quirky vocals this perfectly formed folk-step tune makes us think that Jessie J is actually right – we can all have so much fun this summer. Headphones on, this track on repeat, let’s head to the beach and leave Jessie wondering why viewing figures on The Voice are dropping.

Email ThisBlogThis!Share to TwitterShare to FacebookShare to Pinterest
Labels: alt-j

This is one of the most beautifully pointless blog posts I've read in a while. Utter genius.

Any maths equation involving 'retweets' is doomed to fail.

'Beautifully pointless' pretty much sums up everything that Breaking More Waves does.

Ha ha ha love the little sneaky comment on the Alt-J soundcloud player you left ! Almost missed that one !