Florence And The Machine - Rabbit Heart (Raise It Up) 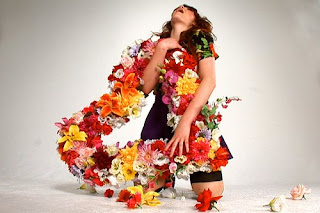 On 21st June Florence And The Machine release Rabbit Heart (Raise It Up) the follow up single to Dog Days Are Over, a track from the forthcoming album Lungs which is due for release at the start of July. The video shows Florence completing her transformation into a soft focus druid lady who is seduced by beautiful creatures, before she feasts and is sent to a watery grave.

Rabbit Heart (Raise It Up) sees Florence tweaking it up a notch and heading in a new direction. Rather than the more primitive and raw sounds of her previous two singles, Rabbit Heart (Raise It Up) has a bigger production delivering a Balearic mystical Bat For Lashes she is the shaman sound. With a huge gospel chorus of “This is a gift, it comes with a price, who is the lamb and who is the knife, Midas is king and he holds me so tight, and turns me to gold in the sunlight,” it is certainly not your typical three minute pop song and screams out for some epic tribal dance remixes. Exuberant with harp and echoing weighty drums Florence And The Machine have produced a single that may see Florence take a significant step towards more mainstream popularity, whilst maintaining her leftfield kookiness. If Florence has her way it looks like this summer you may well be taking off your clothes, dancing round the maypole and singing about offerings and sacrifices. Sounds like it’s going to be a strange and exciting summer.
Posted by Breaking More Waves Blog at 00:01

Email ThisBlogThis!Share to TwitterShare to FacebookShare to Pinterest
Labels: Florence and the Machine

It's such a great tune.

Did you know the verse was taken from Gang Gang Dance's 'House Jam'? No idea how it occurred to her to use it but it works.

'Tis indeed a cracking tune (and a fantastic album too, I can't stop listening to it at the moment).

Apparently this song is about her entry into the music industry and how she needs to be ready for it.
Did not see that one coming!

It's an amazing tune, but I don't think Dog Days was primitive at all! Kiss with a fist was though. However much I love her album, it needs some tracks like it... :)