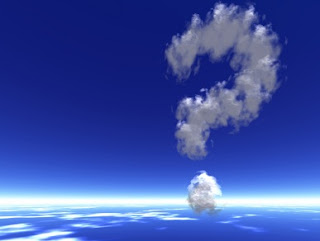 For the next 15 days Breaking More Waves will be revealing its annual Ones to Watch list. The 2013 list, for the most part, represents a summary of some of the artists that we’ve written about over the last 12-18 months who we are predicting will step up their game further in 2013, alongside a few that we’ve yet to feature. All of the artists are what we would largely define as new artists in so far as they have yet to bother the UK top 40 singles and have yet to release an album.

Over the next couple of months magazines, websites and blogs will be deluging you with these lists as if new music only appears in a slot between November and January every year. Yet we all know that this is not the case. It’s why our list brings together much of what we’ve been writing about in the past and pushes it towards the future. It’s also why we’re going early with our list – we want to give you our vision and ensure we’re not influenced by others that will come (including the BBC Sound of 2013 and a poll that we help run - the UK music bloggers alternate take – the Blog Sound of 2013).

As in previous years of producing this Ones to Watch list the artists chosen reflect the output of the blog and its musical preferences, although in keeping with 2011 the expansion of the list from 10 to 15 gives us the opportunity to cast our musical net a little wider.

Forming any sort of ‘tips’ list is ultimately just a guessing game. Anybody in pop music who thinks they can accurately tell who is going to succeed either artistically, creatively, critically or commercially is a fool ; but we’re keen to show our foolishness.

We’ll be introducing the first of our 15 Ones to Watch 2013 tomorrow at 8.30am GMT on the blog and then one each day at the same time for the following fourteen days. Until then, let’s take a look back at our previous predictions. Some hits. Some misses. As you’d expect really.

Here’s one of those artists from last year’s list. Miss Del Rey had a pretty good year didn’t she? There’s more of her to come on Breaking More Waves in December.

Email ThisBlogThis!Share to TwitterShare to FacebookShare to Pinterest
Labels: Lana Del Rey, Ones to Watch 2013

" Anybody in pop music who thinks they can accurately tell who is going to succeed either artistically, creatively, critically or commercially is a fool ;"

Tis true indeed, but I find with a lot of these kind of lists that many take the easy route... follow the money so to speak... I'd rather people called them "Who we'd love to do well" lists rather than "tips" which suggests that people (not meaning you personally ;) ) may be tipping somebody they THINK will be successful rather than want to be successful...if this makes sense

That makes total sense and is what the Breaking More Waves list attempts to do.

"Doing well" can mean a number of things and the Ones to Watch list covers all bases to a certain extent. For example some artists that are on the list I believe will do well commercially, not because the record industry / media says so but because I personally love them and have taste that enjoys both commercial and non commercial music. When I hear a great pop song I want the masses to embrace it and that in essence is why some of the artists chosen are on the list. However some of the other artists on the list I would love to be a commercial success but are unlikely to be, but at the point in selecting them I believe that there success could be something other than having hits. It might be that they're going to play some great live songs or produce an album that is going to be one of my favourites of the year. Often I get it wrong, sometimes I get it right. For example when I chose Florence & The Machine in 2008 I suggested that she was going to be too quirky to appeal to the masses ! How wrong I was, but I'm glad I was wrong.

Also this list brings together many of the new artists that the blog has celebrated over the last year and a half with a few new ones that I like that haven't had the time / chance / inclination to write about at this point.

Breaking More Waves has never been a 'post about the artists once then dump them' type blog, we're a fan blog, and that means championing certain artists over and over. So the Ones to Watch list is not only a summary of some of the best new stuff on the blog over the last year or so, but a possible framework of some of the artists we're likely to be writing about more next year.

Hope that waffle makes sense - but yes you're right ultimately it's a 'who we'd love to do well' list - but 'doing well' can be different things for different bands.

As for Spark. Hmmm I think that p(r)issed someone off.

of course I knew all that ;)

Out of interest where do you stand on posting about an artist once they have "done well" in a commercial sense? I know some new music blogs don't post about "mainstream" artists. Personally I don't like to restrict what I like, but I guess I can understand if its just new music a particular blog posts about.

It’s a difficult one, each to their own but my position is as a fan blog but also a new music blog. I have to balance what I post about against the value of posting about it against the limited available time I have. Ultimately for me its ‘does this interest me musically or do I have something to say about it that others might be interested in’

So I will quite happily post about something that is commercial and has done well (for example I recently posted about the new Girls Aloud single but tried to say more than just ‘here’s their new song’) if I’m a fan. Sometimes by doing this my hope is that someone who comes to the blog to read about Girls Aloud might also end up reading about Alice Jemima, Celestial Trax or Curxes and discovering them. I know there are blogs who will only post unknown / uncommercial stuff, or not talk about an artist once they've become succesful, which is cool as well - those blogs have a different vision to my own and those blogs help those types of artists in getting their music heard which can be difficult, but I guess Breaking More Waves isn’t just about hearing the unknown, its also about hearing my opinions and voice on stuff I’m interested in. Interestingly when I meet people for the first time who have read the blog they nearly always say “you’re exactly what I expected you to be like,” because the blog is just an extension of my personality. (Complete with Benny Hill / Popjustice type ‘sexiness’ ‘amazingness’). Now I’m waffling……

So to answer the question – yes, I have no problem with posting about artists that have 'done well' in a commercial sense, but balance that against my time and introducing new music.

Apologies the above comment was me. For some reason I clicked anon !

"“you’re exactly what I expected you to be like,” Harry Hill (possessed by his cousin Benny ? )

I get, "you're not as angry as we expected" ... I think they envision a beret wearing Lefty firebrand as voiced by Ringo Starr...