I Am Harlequin - Onesome (Video) 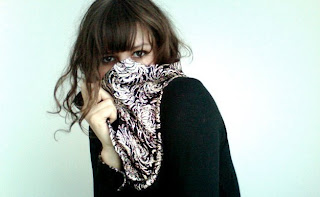 You’ve got to love a pop star or potential pop star in their pants haven’t you? Let’s face it with the exception of models it’s one of the only jobs where it’s completely acceptable to turn up to work, strip down to your undies and writhe or dance around a bit, isn’t it ?

We get the feeling that life would be so much more fun if every now and then we had a national underwear only day.

But until that time we’ll leave it to the likes of I Am Harlequin, who has gone one stage further and not only paraded round in her pants but released her own range for sale. We particularly like the flower embellished ones in orange and blue. She also shows some more knickers off in her new video for the very Florence & The Machine-esque single Onesome, a song that she recently performed live on BBC Radio 4's Loose Ends show.

I Am Harlequin - Onesome (Video)

Email ThisBlogThis!Share to TwitterShare to FacebookShare to Pinterest
Labels: I Am Harlequin

If imitation is the sincerest form of flattery, then Flo should be well chuffed. To be fair, at least the tune is not 'pants' - and she has amazing hair.