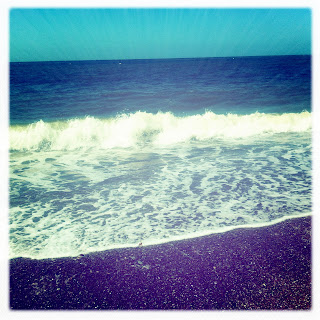 Choose blogging. Choose new music. Choose electropop. Choose dirty aggressive walls of sound. Choose beauty. Choose dancing. Choose folk. Choose no time in the f*ckin’ day to listen to everything you want to listen to. Choose gigs, dancing, festivals and the internet. Choose sexual analogies about songs. Choose the underground. Choose cute girls with keyboards and even cuter boys with guitars. Choose forming bands, growing bad haircuts and splitting up before you’ve even released an album. Choose Saturday. Choose us. Choose Breaking More Waves every single day of your life.

Hello. Thank you for choosing us. This is the Saturday Surf, our weekly round-up of stuff we missed or didn’t have time to properly post about in the week just gone.

Remember Just A Number 05272011? They were the mystery band that animated the blogosphere with their rather good off-kilter electropop and Scooby-Doo-esque ‘who are they?’ mystery identity approach. When we first featured them back in March we suggested that the number may represent a release date. In fact yesterday was simply the day that they revealed through twitter that they were to be known as Battlekat. It’s a shame really, because we preferred the more unconventional name Just A Number 05272011.

If the anti-climax of this revelation felt a lot like not being able to get an erection after the tantalising promise of sex with a new partner, then the hope is that when Battlekat release some new songs they’ll destroy everything in their path, and we’ll all forget about the just a number gimmick. The only up side to the 'actually our name is rubbish' fiasco was that the Copenhagen based band (not Isle of Man as suggested by their Soundcloud) also played their first ever live show a few hours later. You can finally see what the band look like and read a short review of the gig on the Line Of Best Fit here. In the meantime here’s another remix of He Didn't Want A Love Song from the group.

Givers are a six-piece from Louisiana that have been around for a while now, but are only just beginning to break through in our own territory of the UK. Mixing afro-beat, indie and synth rock the track Up Up Up is one of those 100% guaranteed joy tunes. Expect more of this from their forthcoming debut album. For those in the UK the band are due to visit these shores this summer, with confirmed festival appearances at Field Day and Summer Sundae, both of which will be reviewed on Breaking More Waves. Watch this space.

GIVERS - Up Up Up

Les Mistons are a band that could be huge. Not in the sense of selling out stadia and winning platinum discs huge, nor having the ability to eat themselves into obesity, but they seem to possess the capacity to make big sounding music.

Take their signature track Keep Flying. It’s not the type of song that can be judged until it’s been given five minutes and fifteen seconds of your full attention as it slowly builds from its atmospheric beginnings to its chest thumping gang-shout chorus, “Woah-oh” chant and repeated line of “Hit it over the head with a blunt object.” It may be a little rough around the edges, but imagine if you took this London 3 piece, who have been friends since they were 11 and were previously in a covers band called The Badgers and put them in a big studio with someone who had a firm grasp of sonic science, the results could be colossal.

Finally for this week we wanted to give a quick heads up to Beat Connection who managed to get Breaking More Waves hometown of Portsmouth a raving and a grooving in a pub that vaguely resembles someone’s gigantic front room a couple of days back. In The Water is the sleek new single out this week, it’s crammed full of trippy and Balearic influences . We're streaming it below and you can see the new video for it here.

In the Water by Beat Connection
Posted by Breaking More Waves Blog at 08:30