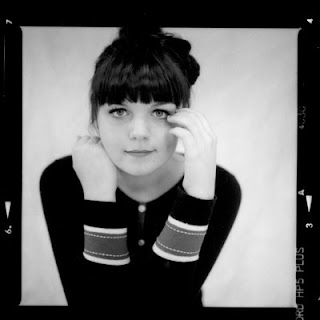 It’s been a good few weeks since Alice Jemima’s name first appeared on Breaking More Waves, but now she’s back with a new song entitled Red Coat that she’s recorded with Grammy nominated producer Andy Chatterley and Jason Tarver (both of whom worked with Kylie Minogue on her album Aphrodite). Red Coat is a delicately constructed and innocently sweet sounding pop song that takes an alluring step forward from her more folkish and minimalistic work that we’ve previously featured.

Since we introduced Alice she’s received her first Radio 1 play courtesy of our favourite festival organizer / curator and DJ Rob da Bank and has confirmed to play the BBC Introducing Stage at this year’s Wychwood Festival. It’s still very early days for Alice, but we could easily see her fragile and lovely songs placing her as the UK’s answer to the likes of Australia’s Lisa Mitchell or Iceland’s Emilíana Torrini.