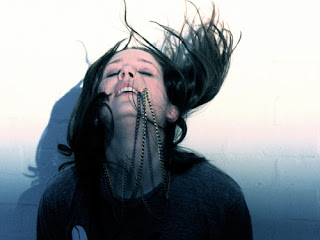 In 1978 the artist David Nash fashioned a large wooden boulder, cut from a tree trunk and placed it at the top of a waterfall in North Wales. The rush of water immediately swept the boulder downstream in a heady torrent of white waves before it stuck on the river bed, unmoved by weather and the shifts of the season until 2003. Then finally, slowly and surely the boulder rolled and floated forward a little. It eventually spent 25 years of being emerged in the water until tidal currents took it from the rivers out to the sea.

That boulder is a representation of The Suburbs for Arcade Fire for us. Their earlier work was the giddying excitement of the plunge of the waterfall, but The Suburbs was the moment when things got stuck. It was a record that seemed over-long, bloated and just a little lame – like its title, and like the boulder, stuck in the middle of nowhere. Yet slowly our opinions have changed. As the river of music continues to bash against the boulder we have begun to re-appraise The Suburbs and now find it substantially better than those first few plays. It is still perhaps a little over long, but it is a record that we keep returning to.

Which is where Norway’s Mr Little Jeans comes in (yes she’s a woman despite the name), adding something extra to the journey. This moody, electronic version of the title track of the album reminds us a little of a Breakage remix (more of him later today) with its desolate electronica and slow wash of brooding atmospherics. It makes us love the song just that little bit more.