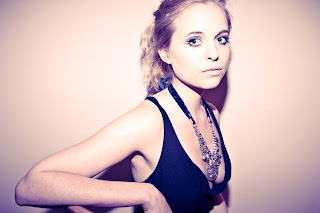 Kyla La Grange, who we first came across in March last year, may have started out as a gentle acoustic folk chanteuse but is rapidly transforming into a nicotine-stained, ballsy riffing rock chick. This is a singer who knows what she wants and knows where she’s going. “Tell me none of your longings, I don’t need them, or you,” she sweetly rasps at the beginning of Been Better – her new single - before the song marches into war ready to breach fortifications. “I’ve been better when the sky was red and a face like yours couldn’t make me scared, I’ve been better with the things I’ve said, when I took the lead instead of being led,” Kyla hollers as guitars become blood-drawing weapons of music in the chorus. This is vigorous and commanding stuff from the ex-Watford lass, full of fiery passion and power.

Kyla La Grange is out on tour supporting Wolf Gang in May / June before she plays a number of festival shows including Lounge on the Farm, Summer Sundae, Secret Garden Party and Bestival. We’ll certainly be catching her dramatic sound somewhere in a field this summer. Been Better by Kyla La Grange will be released on 7” and download through Chess Club on July 11.

Been Better by kylalagrange
Posted by Breaking More Waves Blog at 08:30