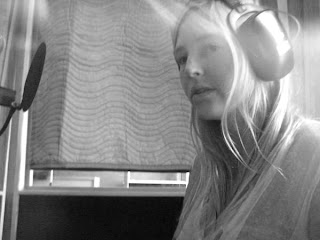 It’s fair to say that we are absolutely in love with Lissie right now. The freckly blonde from California is producing heart warming country-folk blues, that if we were to guess at influences would immediately make us consider Stevie Nicks, Sheryl Crow and KT Tunstall. We’d go as far to say that her song In Sleep could quite probably be the secret track off Fleetwood Mac’s Rumours that nobody discovered until now. Yet often we get confused between ‘influences’ and ‘sounds like’. Which is just as well because Lissie lists her influences as pie, cigarettes and porches.
Lissie’s sound is very BBC Radio 2, very adult, very American, but none of that is a negative criticism. The fact is when music is good, music is good, whatever genre, type or character. She’s already been picked up on the ‘celebrity blogger’ front by Perez Hilton who described her voice as “captivating...an exquisite instrument,” and has taken the verging on near obligatory You Tube cover version route to gain exposure - near on 250,000 views of her Lady Ga Ga cover in less than a month (see below). Having played a number of gigs at South by South West and currently finishing off well received support slots with Joshua Radin in the UK, Lissie is finding a whole host of new fans, including Breaking More Waves. With her album Catching A Tiger due for an early summer release, Lissie’s gutsy soulful 70’s vocal styling and superb song writing skills deserve to be taken notice of. So if you haven't done so yet, sit up and listen to the song Little Lovin' below and you'll see what an amazing talent Lissie Maurus is.
Lissie // Little Lovin' by Stayloose

Email ThisBlogThis!Share to TwitterShare to FacebookShare to Pinterest
Labels: Lissie