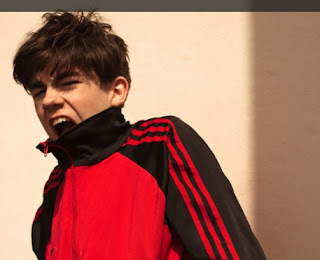 Never judge a book by its cover.

If you took a quick look at Declan McKenna you probably wouldn’t think he’s one of the most thoughtful and interesting new singer songwriters around today. But he is. His new single, Bethlehem, released online yesterday tackles religion and how it is used as justification for the acts of hate and war. It certainly challenges Nicky Wire of the Manic Street Preachers who recently said to the Guardian, of modern pop music: “Music has just become a giant brand of blandness, of digitised fakery. People are willing to join causes, but no one puts those feelings into their actual art.” Well here you go Nicky, here’s someone who’s doing it. In fact he ‘s done it on every one of his three singles so far. Maybe you’re just listening to the wrong pop music? Mind you Wire does have a point and it’s for that reason that I believe it’s important to champion acts like McKenna, who not only are doing something interesting and worth listening to lyrically but are equally capable of chucking out a good melody to go with it. On Bethlehem McKenna manages that one with some aplomb - a serious message with an uplifting tune.

Declan plays the Great Escape festival in Brighton today, which is where this post is brought to you from.