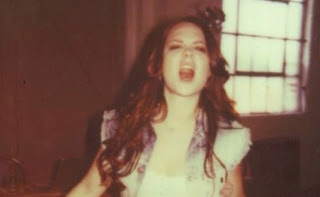 Today we’re introducing a ‘new’ artist called Lolo. Some of the more eagle eyed or eared amongst you may recognise her as Lauren Pritchard, who released an album called Wasted In Jackson in 2010 which had some minor commercial success with its mix of mainstream soul, country and gospel, and included the Ed Harcourt song When The Night Kills The Day which was produced by Marcus Mumford. Before that she also starred in the Broadway version of Spring Awakening where she played Ilse, a runaway outcast kid.

But now Lauren is under a new guise and if anything her debut track as Lolo is brasher, darker and more potent than any of her previous blue eyed soul outings. Big crashing drums and string sounds bring to mind Massive Attack (there seem to be a lot of artists taking reference to Bristol’s finest at the moment) but with a slightly tenser, rockier edge that suits her big Adele-with-grit voice.


We’re not sure if this track is one of those hype-tastemaker-under-the-radar things or a proper single, but either way, it’s a premium piece of big lunged pop.

Footnote: Remember how we talked about a Breaking More Waves L-Club? We're welcoming Lolo as our newest member.

Email ThisBlogThis!Share to TwitterShare to FacebookShare to Pinterest
Labels: Lolo

What a voice! Great song and performance, I am drawn in like a moth to a flame.