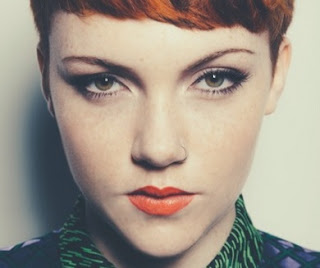 Chlöe Howl is an interesting potential pop-star in waiting, in so far as she has been positioned as a little bit edgy (she swears in her songs) and a little bit cool (the indie blogs like her) and a little bit not-manufactured (she’s been out there, with little fuss, playing the beer sodden toilet venues to small crowds – we caught her in a three quarters empty pub in Guildford on a weekday night, playing to what appeared to be a bunch of friends/ industry types and not many others.)

We’re wondering how long this image will last? We’re suspecting the early adopters perceptions and attitudes may take a bit of a rethink when she attempts to battle it out with the likes of Olly Murs and Jessie J for chart position. Chlöe may have described herself as a 6 on a scale of 1 to Pitchfork in a recent Popjustice interview but we suspect that by the time the album comes out she’ll be more of a 2.75. After all there will probably be a new Bon Iver or Radiohead record to salivate over by then.


But let’s not worry too much about the future, because pop is as much about the here and now as it is the difficult third album (although the speed the internet works these days it’s probably more the difficult third single that needs worrying about than the long term).  So here’s a new video to accompany No Strings, the song that first introduced Chloe to the world last winter. It contains snogging, some bed action and Chlöe wearing a Velvet Underground tee-shirt which we suspect gets her another Pitchfork point or two.