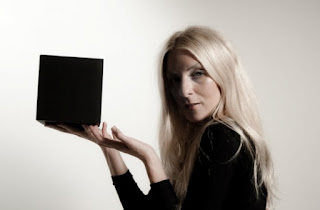 After the tease and mystery of the viral video campaign that started in 2009 and ran through 2010, the physical release this week of iamamiwhoami’s Bounty album seems to be a somewhat missed opportunity in more ways than one.

First, although the songs have been available for digital download since they were first placed on You Tube, the very late arrival of the CD / DVD package and vinyl means that the possibility for maximum commercial gain is probably smaller than it would have been if it had been scheduled to be released immediately after the video series was finished.

Secondly having given fans the chance to pre-order the physical versions in advance of release date from the towhomitmayconcern website, the album was further delayed due to production problems. Then when it finally hit letterboxes yesterday morning the DVD included with the album package wasn’t the Bounty videos at all, but those from the Kin record which was already available when purchasing Kin. Let’s be clear about this, the visual side of what iamamiwhoami does is as important as the music, so many fans will be very disappointed with this error.

Towhomitmayconcern posted a statement on their website about the mistake yesterday and hopefully will resolve it soon.

However despite these blunders the good news  is that iamamiwhoami has been and continues to play a series of concerts to promote the release. If these shows achieve anywhere near the levels of adoration from the audience as her flawless, imaginative and stunning debut London gig that Breaking More Waves witnessed at the Queen Elizabeth Hall last year, then those in attendance will get an absolute treat.


To help promote the release of Bounty iamamiwhoami has revealed new remixes of the addictive song Y (one of our personal favourites and a cornerstone of Bounty) for free download, one by Joe Goddard and one by Moby. It’s Moby’s that we prefer, which retains much of the original but takes it to higher levels of bewitching brilliance. We’re streaming it below together with the video from back in 2010, which is still as bizarre and marvellous as it was almost 3 years ago.

Email ThisBlogThis!Share to TwitterShare to FacebookShare to Pinterest
Labels: Iamamiwhoami