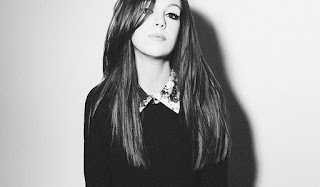 When we first heard that Simon Cowell had been egg-lobbed by an intruder on the final of last Saturday’s Britain’s Got Talent TV show we wondered if the self-confessed Anti-Cowell himself / our blog buddy Andy Von Pip from the Von Pip Musical Express had somehow managed to sneak into ITV’s studio and do the damage. Alas it wasn’t but the good yolking by all accounts overshadowed the Hungarian shadow dancing winners Attraction.
Now it seems that shadows are everywhere (and we don’t mean the Hank Marvin type), or at least here they are in the video for Laura Welsh’s new single Cold Front, which we wrote about and streamed on Breaking More Waves via Soundcloud recently. Now we have a visual version and let's just say there's some top-notch flexibility in it.

The video is down.

Not sure why the video has been removed - will try to find out. It was posted from Laura's offical vevo account so seems a bit odd.

The link you give is just a stream of thee song and not the video.

It's now been re-uploaded.

Oops. I usually only listen to the music so I haven't noticed that.