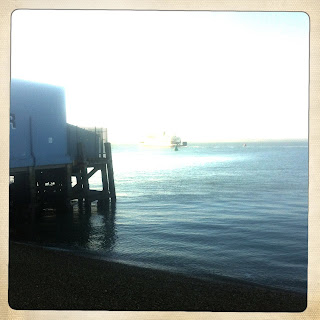 This post represents a slight slowdown in the output of Breaking More Waves over the next few weeks, and the last Saturday Surf until mid March. We try to post once or twice each day to give regular visitors something new to read and listen to, but with the vast majority of the content being created by a sole author sometimes real world / life commitments get in the way and mean that time is a scarce resource. In the next few weeks that resource is even more restricted than usual.

So for just a short while we’ll be reducing our output to about 3 posts a week, before ramping it back up come the middle of March.

In the meantime here’s a round-up of tracks that we caught this week that missed out on a full blog post – and they’re all top-notch.

Elliphant – In The Jungle

To use a bloggers cliché this one dropped in to our in box yesterday and has been gyrating around our ears and twitching our brain all day. Hailing from Stockholm, Elliphant are a brand new act associated with Ten - a music production company who also have worked with fellow Swedish acts Icona Pop and Niki and the Dove. Imagine The Ying Tong Song by The Goons colliding with some turbo-rave rhythms, M.I.A and a bit of Eye of the Tiger by Survivor with some overly (but brilliantly) long electronic caps over the top to spark it all off. It’s stupid, but in all the right ways and if we had a song of the week award this would be it. Bonkers but bloody brilliant.

Last week one of our blog buddies and possibly the finest electronic music blogger in the UK (Electronic Rumours) put on a fantastic show at 93 Feet East in London with a whole host of Breaking More Waves approved acts including Queen Of Hearts, Kid Kasio, a Ronika DJ set and this lot – Substatic who shook it up like an earthquake with a set of hedonistic, dirty, funky, bassy electro tunes. Here's a new one - it's called Arcadia. Warning this track comes with a 'may cause dancing like a certificate 18 sexy copulating robot' sign. Extra marks are awarded for including a picture of Arcadia's spider stage on the picture of the Soundcloud player - if the song is a tribute to that place then it certainly has the right late night festival vibe.

Summer Camp’s 2011 album Welcome To Condale was a surprising triumph. Fundamentally it was a pop album that people that sneer at pop music could like, if that makes any sense. With St Etienne (one of the best pop bands ever – fact) gearing up for their umpteenth album release this year (that is to say their first album this year but their umpteenth in their history) they put their name to this remix, that surprisingly isn’t as pop as you would expect – in fact it takes a darker route to the heart. But it works.

That’s it for now, we’ll be putting the brakes on from next week (but not stopping fully and our twitter will still be pretty active so follow us there). Have a good weekend and we'll be back in a few days.
Posted by Breaking More Waves Blog at 08:30