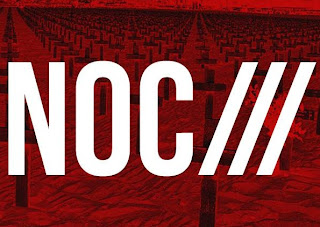 As this post goes up onto the internet, if you're in the UK you’re probably either :

1. Sitting watching TV moaning (and most likely tweeting) about how rubbish the Brits are.

2. Sitting somewhere else moaning how you really couldn’t care less about the Brits.

3. Sitting somewhere not even knowing the Brits are on the TV right now.

Or you could be like us and just enjoy watching the Brits as a piece of TV entertainment, one of the only times you'll get to see performances by more than one artist on a peak time TV show that isn't the X-Factor. You might even not be getting angry or moaning and accepting the fact that not everyone thinks the same way as you do. *EDIT @ 22.45 - Unfortunately after the Brits we did have a little moan on twitter about Adele's thank you speech getting cut off and Blur's set being partly moved to ITV2 and may have even used the words 'piss poor production' on twitter. We're sorry. We let our side down. But we're still not going to moan about the music. Sure we didn't like some of it, yet some we did, but the point is you don't watch the Brits to like all the music. Go to a gig or buy a record if you want to do that.

Here's an analogy, we quite often (in fact nearly always) fancy pale skinned, freckled, ginger or dark haired arty girls that have Scots or Irish accents. But not everyone does. And you probably don’t get angry about the fact that we do. So if you don’t like Adele or whoever wins an award – calm down - everyone has different taste and criteria.

However, whatever you’re doing you might also like to hear some new music – after all that’s why you’re reading this blog. That’s what we do.

So here’s the new single from No Ceremony /// which is called Heartbreaker. According to the PR blurb it contains the guitar talents of The Pixies' Joey Santiago, although frankly it could be anyone. Heartbreaker makes a significant step forward for the band / artist. Whilst the song retains the sense of menacing brooding atmospherics combined with screwed up vocals that Deliverus and Hurtlove owned, this time the pianocore chimes are replaced by dirty squelchy electronic bassy sounds. It’s never going to challenge the likes of Ed Sheeran, Jessie J or Adele for awards, but that doesn’t mean it isn’t damn good.

Email ThisBlogThis!Share to TwitterShare to FacebookShare to Pinterest
Labels: No Ceremony ///