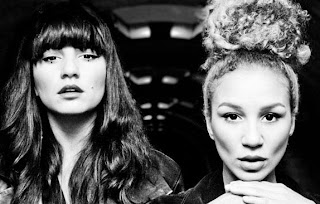 We’ve been waiting for quite some time now for something new from Vaz, since the 9th July last year to be exact.

Now here it is.

It’s called Let It Rest. The video probably ticks quite a few hipster pop boxes, what with its triangles and symmetry and Swedish pop ladies. Are triangles still hip though? Or was that all so 2011 or even 2012?

Have a look and listen and ask yourself, would you be able to let it rest with all that tribal clattering going on? We certainly wouldn’t. Not that we’d want to mind you.

Breaking More Waves was lucky enough to catch Vaz at their debut UK show last year, somewhere near a forest by the sea. We’re hoping that 2013 will see their return to our shores. For the moment the duo are simply stating that their upcoming shows will pop up on their website soon. Keep an eye (and ear) out for Vaz.

Email ThisBlogThis!Share to TwitterShare to FacebookShare to Pinterest
Labels: Vaz