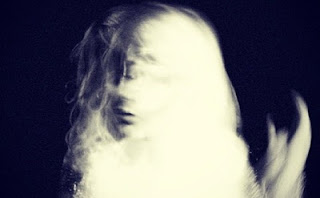 From Kraftwerk (Autobahn) to St Etienne (Like A Motorway) to bald rave funsters Orbital naming themselves after the never ending M25, motorways and electronic pop music have always had a pretty good relationship. Rather like a stolen road traffic cone in a student’s bedroom that statement may sound pretty pointless, but that’s sometimes the way music rolls. It’s irrelevant to some, but bloody important to others. Right now we’re that drunken college kid lugging home that traffic cone; it’s really significant to us.

Here’s why; because yesterday the Vickster aka Little Boots aka Victoria Hesketh grabbed the keys and put her foot down on a piece of automobile related magic. It was always going to come wasn’t it? After all this is a woman whose surname also applies itself to a 1970’s formula one racing car team. It’s basically in her blood.

Taken from her forthcoming May released second LP Nocturnes which has been produced with the likes of DFA’s Tim Goldsworthy, Simian Mobile Disco’s James Ford and Hercules and the Love Affair’s Andy Butler, Motorway is a gorgeously subtle and hypnotic piece of perfect pop music. It reaffirms our love for Little Boots and having road tested the song in our car last night we can confirm that it works better than any of those dad-rock driving compilation albums you can pick up in your local petrol filling station store.

Now the question is will UK radio actually bother to play this song? Despite putting out way better than average tracks during the lengthly build up to the album (Every Night I Say A Prayer, Headphones, Shake) the idiots gods of radio playlisting seem to have decreed that the Vickster is no longer worthy of our ears. They are of course very wrong. Right ?

You can download Motorway for free by clicking here and giving your email address.